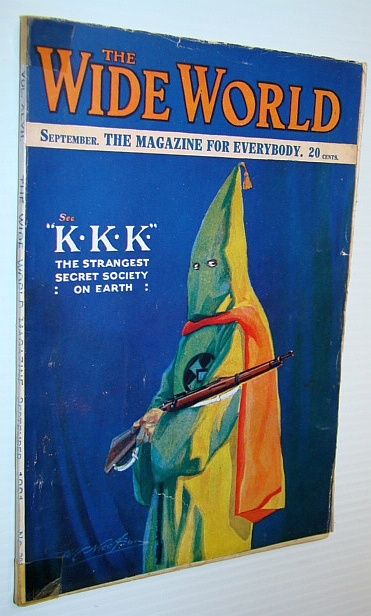 Pages 353-440, plus 16 pages of wonderful vintage ads. Many black and white photos and illustrations. Features: Amazing K.K.K. (Ku Klux Klan) photo-illustrated article entitled "The Strangest Secret Society on Earth; The Wreck of the "Washington"; My Narrowest Escapes; The "Debil-Debil" of Saltbush Creek; Strange Stories of Crime; The White Man's Job; The Vanished Airmen; Some East African Experiences; Life in the New Hebrides; The Adventures of a Rolling Stone - part 7; Through Central America on Horseback - part 2; Buried Cities of Asia Minor - part 3; Odds and Ends; ...
View More... 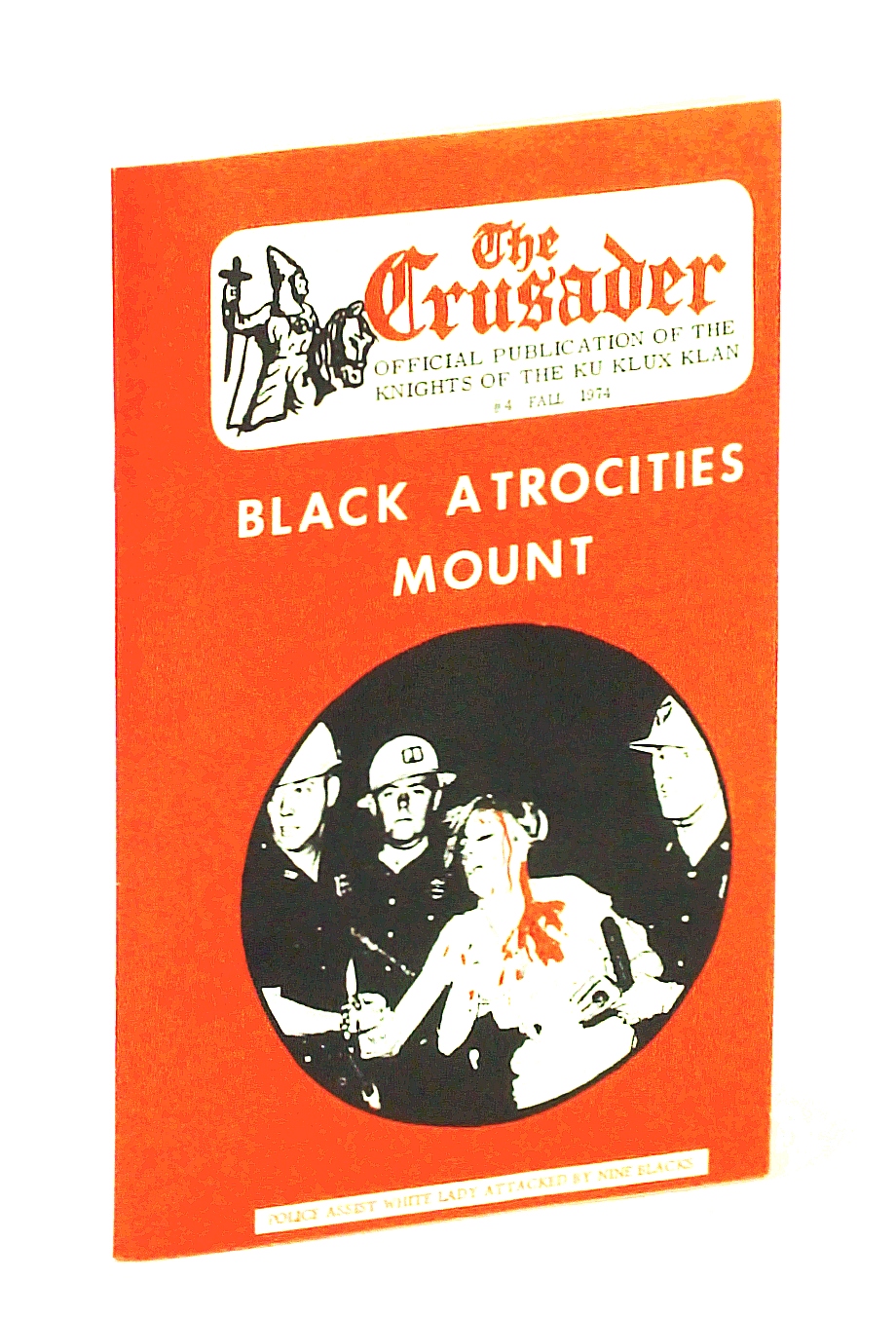 The Crusader - Official Publication of the Knights of the Ku Klux Klan, #4, Fall 1974

pp [60]. Printed upon glossy stock. Frequent grainy black and white reproductions of photos plus some two-color illustrations (red and black). Articles include: Revolt of the Submen; The Ku Klux Klan - A Short History; Photo of Nathan Bedford Forrest, founder and first Imperial Wizard of the KKKK; Photo of David Duke standing beside plaque commemorating the 1865 founding of the KKK; Poetry Front; Why Conservatives Can't Win; Masters of the Media; Tomorrow Belongs To Us; List of books and merchandise for sale; Race and Integration - Scientists Speak Out; News from KKKK chapters; One-page pho...
View More... 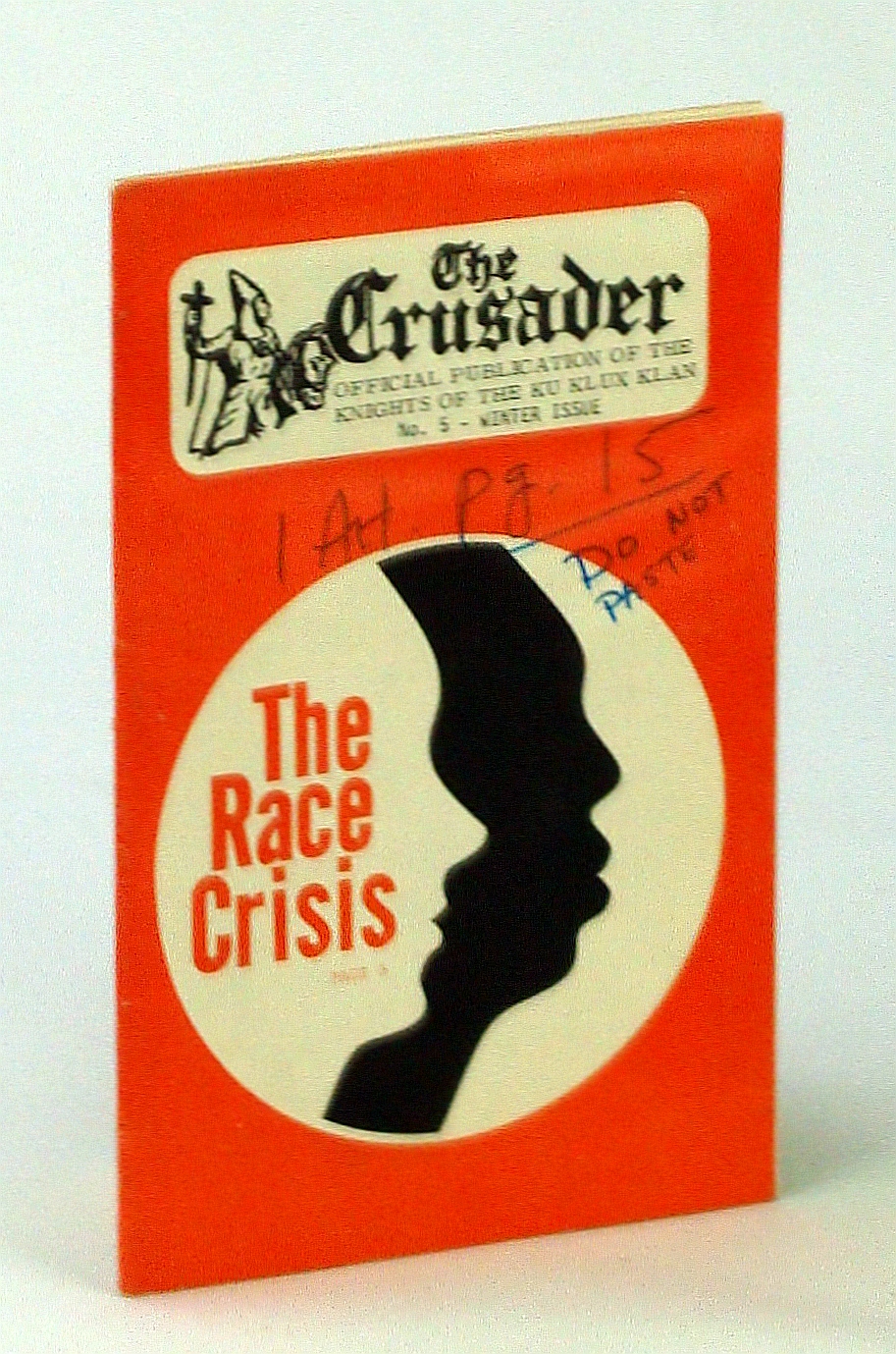 pp. 50. Black and white reproductions of photos and illustrations. Contents include: Stop Busing; Basis of America's Race Crisis; Equality No Longer Enough For Minorities; Who Rules America?; The Last Hurrah - article on Richard Nixon; List of books and merchandise for sale; The New Orthodoxy; Ad for music cassette by Odis Cochran and the Three Bigots; Stereotyping; European History and Carbon 14; Masters of the Media; Why the Klan?. Undated but, as issue No. 5 was published in Fall 1974, this issue was most likely published in late 1974. Writing on front cover and several pages. Moderat...
View More... 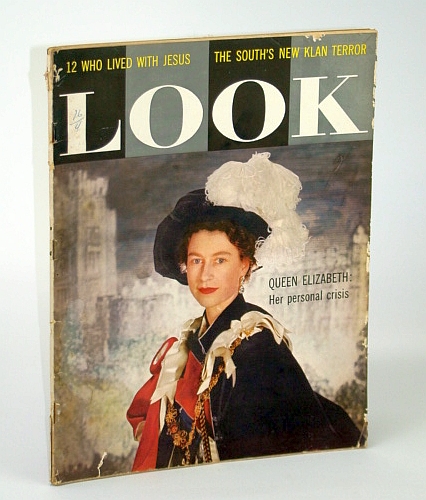 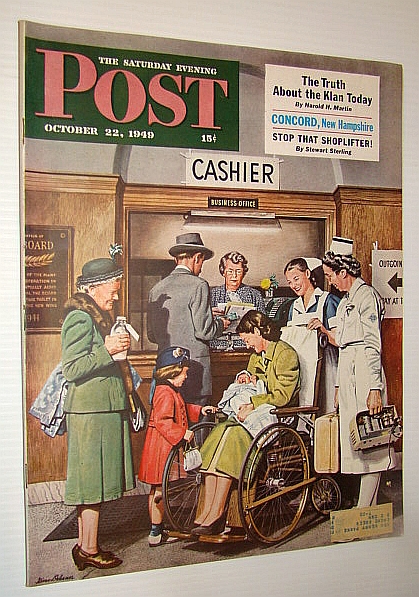 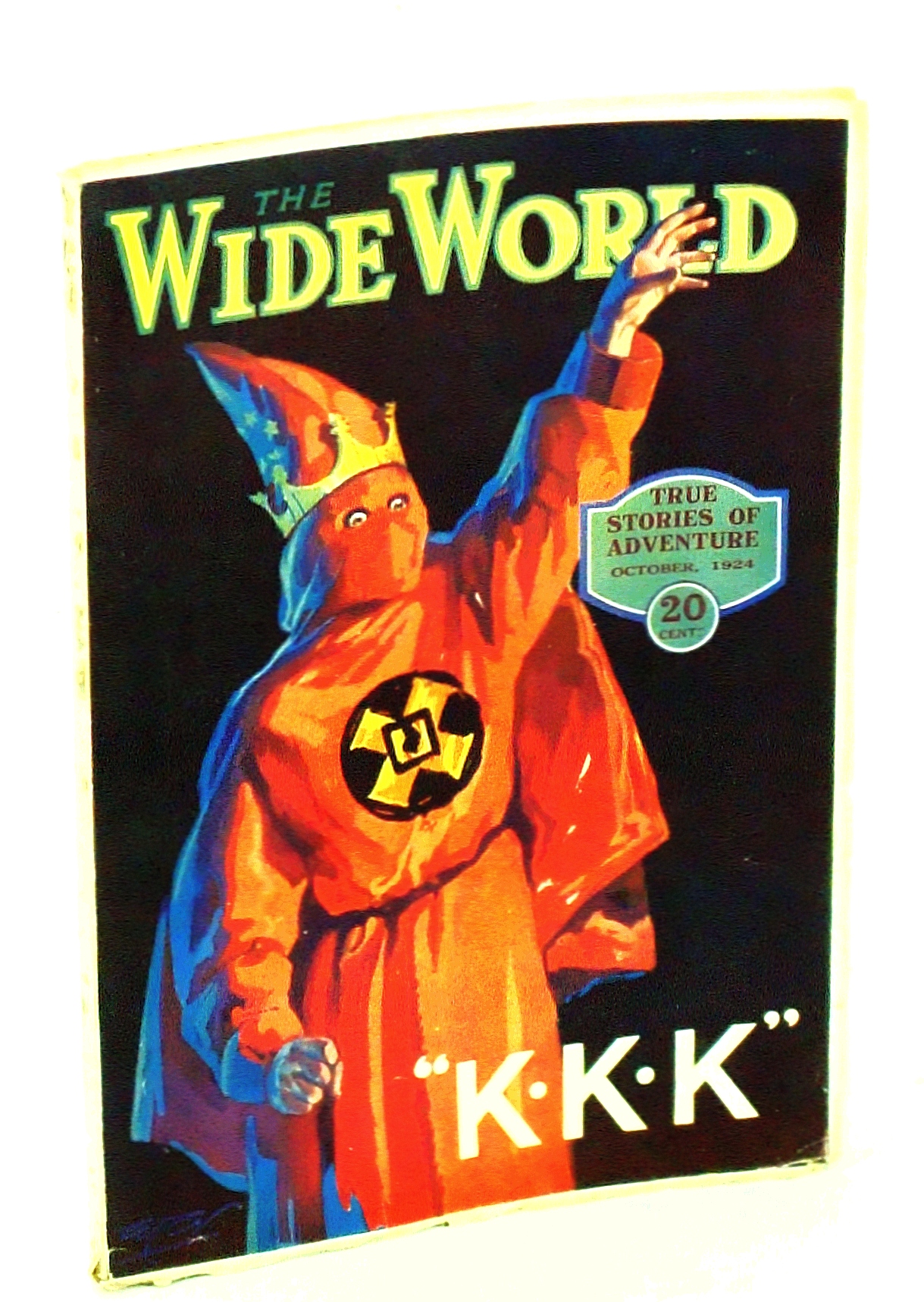 Abundant black and white illustrations and reproductions of photos. Features: K.K.K. "Imperial Wizard" cover illustration; "Black George" - An Argentine rancher's account of an exciting experience with bandits in the interior of the Republic; The Man Who Remembered - The Malay code of honour save's a police officer's life; K.K.K. - The Strangest Secret Society in the World - The result of an investigation commissioned by this magazine to study America's Ku Klux Klan, a secret organization with at least five million members, and which boasts that it has 'captured a continent,&#...
View More... 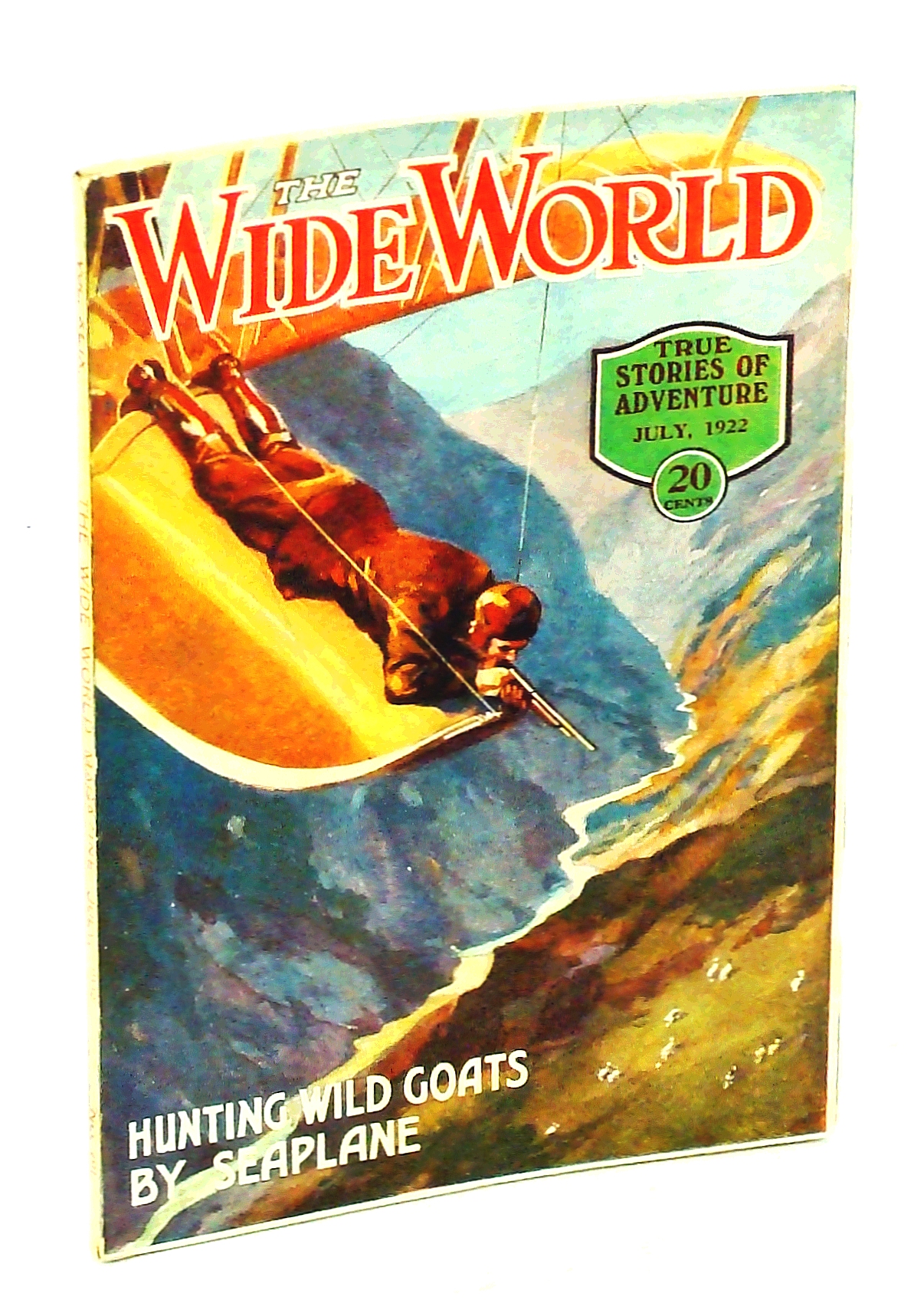 Abundant black and white illustrations and reproductions of photos. Features: Trailing the Gun-Runners - Part II - The U.S. attempts to prevent the arming of revolutionaries in Dominica in 1906-7; Hunting Wild Goats By Seaplane and Motorcycle Near San Clemente - article with photos; Remanded - a perfectly blameless man is blamed for a crime; Full Speed Astern - 400 men aboard the steamer Remiji Maru are saved by the action of a young engineer on watch two days out of Hong Kong; The Wild Men of Borneo - Wonderful photo-illustrated account of a visit to the Dyaks; Photo and letter from a reader...
View More...