Keyword: in the Sudan (photos); The Red Lamp - a benighted traveller's terrifying adventure in a French town; The Poison Peddlers - an exciting tale of life in a railroad construction camp in Canada when illicit liquor is supplied to the Workers 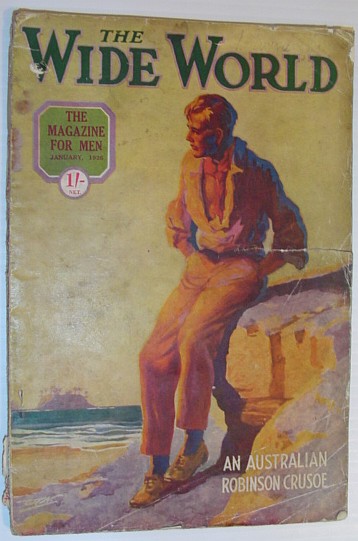 Features: An Australian Robinson Crusoe - Jack McLaren spent eight years alone among savages attempting to make a coconut plantation out of the primeval jungle; Beating the Black Death - Dog teams bring antitoxin serum to save the residents of Nome, Alaska, who were afflicted with diphtheria; The Fakir - sequel to "the Jogi's Curse"; The Secret of the Consulate - Italy responds during World War One to the destruction of its warships due to the activities of Austrian Secret Service agents operating in Switzerland; Among the White Arabs - The Shawiya Berbers of Algeria; My Day Off - an e...
View More...