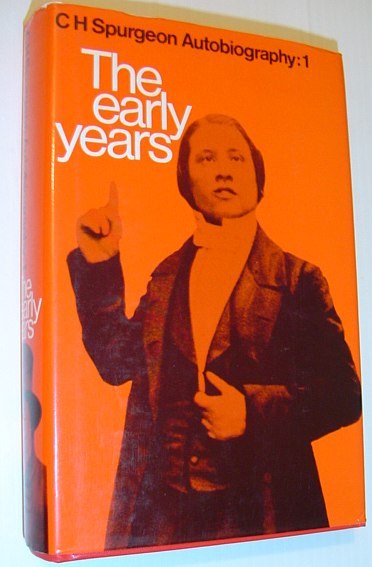 0851510760 562 pages. Index. Black and white plates. "Spurgeon pours out his story with an enthralling fullness and colour, yet all this is so done that we are everywhere drawn to the center and passion of his life - Jesus Christ." - from dust jacket. Prior owner's name inside front board and touch of liquid paper atop front free endpaper else unmarked with very light wear. Nice bright copy.
View More...

By: Clark, William A.; Plehn, Brainerd

132 pages including index and bibliography. "Offers a series of lab exercises that suggest many commercial acceptance tests. These tests have been adapted to ordinary school or college lab equipment and may all be done in the usual three hour period." - from preface. illustrated in black and white. Contents lightly yellowed else clean and unmarked. Light wear to grey boards. Very nice copy.
View More...

Behind the mitre: The moral leadership crisis in the Canadian Catholic Church

0006380565 216 pages including index. Author's signature and lengthy inscription to a friend upon half-title page, else unmarked. A disturbing, never-before-told story of religion tainted by politics and business, of divided loyalties. Recounts the fate of a controversial policy paper, Ethical Reflections on the Economic Crisis, issued in the early 1980s as a challenge to the government's social priorities. The church's internal fight over this radical manifesto makes for a troubling and fascinating story of palace intrigues, political deals and the uncomfortable overlap between church and...
View More... 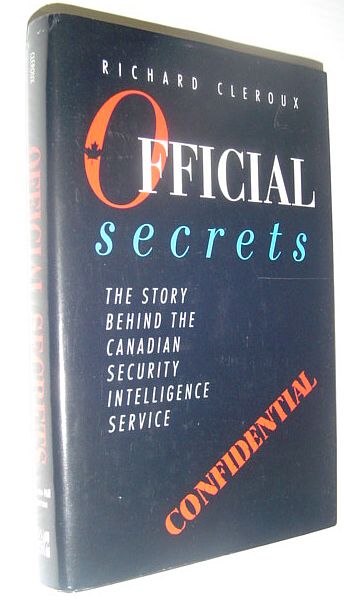 Official Secrets: The Story Behind the Canadian Security Intelligence Service

0898624908 240 pages including index. Provides an accessible and informed introduction to the development of new theoretical approaches to human geography. Sets out to explain the key features of these new approaches, and to trace their antecedents and implications. Highlights points of comparison, contrast inter-connection and dissimilarity. Light to moderate wear. Minimal high-lighting else unmarked. Binding sound. Very good copy.
View More...

Radioactive Wastes - Their Treatment and Disposal

239 pages including index. The implications of radioactivity in regard to water supply and waste water disposal are covered in full detail, as are the problems of disposing of radioactive solid wastes and radioactive gases. The first half is fundamental in nature, explaining the problems which have to be understood when dealing with radioactive material. The second half deals specifically with the treatment and disposal of liquid, solid and gaseous radioactive wastes, and it includes valuable information on the results of laboratory work, and on the experience gained in operating treatment ...
View More... 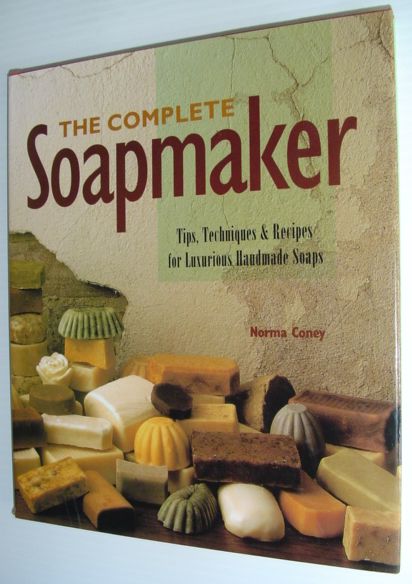 0908676433 256 pages. A portrait which will make readers marvel at the country of New Zealand. Combines the best of contemporary writing and photography by a range of writers and photographers working specifically for the project. Very light wear. Prior owner's name upon front endpaper else unmarked. Closed tear to bottom edge of back panel of dust jacket. Excellent copy.
View More...

By: Cooke, Robin A.; Stewart, Brian

0443035962 262 pages including index. Contains examples of conditions mentioned in most textbooks and illustrated by colour photographs of fresh, unfixed tissue Text is confined to a brief clinical history with sometimes a short reference to the salient features of the pathology. Will be useful to students and practising doctors in any specialty that requires a knowledge of Anatomical Pathology. Omits a chapter on Skin. Graphic colour photography throughout. Light wear. Clean. Binding sound. Library discard stamp upon half-title page else unmarked. Very good copy.
View More...

531 pages including index and black and white illustrations. A fascinating book about wartime politics, military strategies, and the birth pains of an independent U.S. Air Force - which was forged in fire over Brest, Schweinfurt, and Berlin. Sequel to author's A Few Great Captains - which traced the history of the U.S. Army Air Corps from its beginning to the onset of the German Blitzkrieg - picks up the story where Captains left off and continues through the strategic bombing of the Third Reich from 1942 to the end of the war in Europe. The story of a handful of air commanders who risked a...
View More...

Two Nations over Time: Spain and the United States, 1776-1977 (Contributions in American History)

176 pages including notes. Describes the life of educated, cultivated, sophisticated people, and there were a great many more of them in the 1860's than some journalists would have us believe. Black and white illustrations. Small decorative inkstamp upon front endpaper else clean, bright and unmarked. Tight and square. Light wear and some yellowing to dust jacket. Very nice copy.
View More...

Introduction to Commercial and Entrepreneurial Recreation

How to select & install your own speakers

083069823X 234 pages including index. Contents: Where do you want it and why?; What your loudspeaker has to do; Fitting a loudspeaker to its job; How each kind does its job; Picking the right kind for the job; Ways to install simple inexpensive units; Ways to install multiple simple units; Putting together more sophisticated types; Things that can ruin your performance; The importance of a thing called phase; Feeding loudspeakers correctly; Making good connections. Front endpaper removed. Relatively few library markings, else unmarked. Very light wear. Bright gilt lettering to spine and f...
View More... 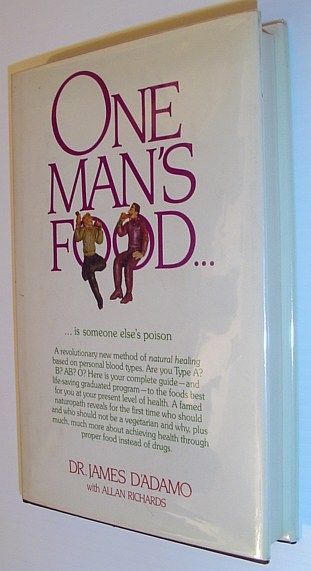 One Man's Food... is Someone Else's Poison

0399900926 226 pages including index. Describes a revolutionary method of natural healing based on personal blood types. Here is your complete guide - and life-saving graduated program - to the foods best for you at your present level of health. Reveals for the first time who should be a vegetarian and why, plus much much more about achieving health through proper food instead of drugs. Very light wear to tight clean and unmarked book. Light wear to complete dust jacket which is preserved in an attractive glossy protector. Very nice copy.
View More...

Preston Manning: The roots of reform

1550546023 228 pages. "If ever there was a definitive examination of Preston Manning and the birth of his movement of Western Canadian Populists, this is it." - Peter C. Newman. Gift greetings upon title page else book clean and unmarked with very light wear. Light wear to dust jacket. Attractive copy.
View More...

The Golden Book of Attitudes

0969080301 229 pages plus bibliography. Follows a strictly-based, educated Wyoming girl through the sweep of sparsely-homesteaded northern Alberta to cross the Rockies and pause for a time of heart-ache and new beginnings in British Columbia's Robson Valley, before moving on to the awesome landscape of Canada's arctic. Includes black and white illustrations. "She was a young school teacher, and he was a homesteader with sawmilling in his blood. When he asked her to marry him, she never dreamed of the places they would go, or the situations she would find herself in. but it wouldn't h...
View More...

The Killing Zone - My Life in the Vietnam War

240 pages including glossary. Author reveals the story of his life as an infantry lieutenant on the ground in Vietnam. If some soldiers, barely out of high school, might die there, others might find hidden steel in themselves and grow. Author was one who grew, also one who fought, one who killed, and one for whom the helicopter finally came to take away a shattered body. A book of truth and power which stands proudly with the best books written about men in combat. Prior owner's bookplate upon front endpaper, else unmarked. Light wear to clean book. Several tiny tears to dust jacket whi...
View More... 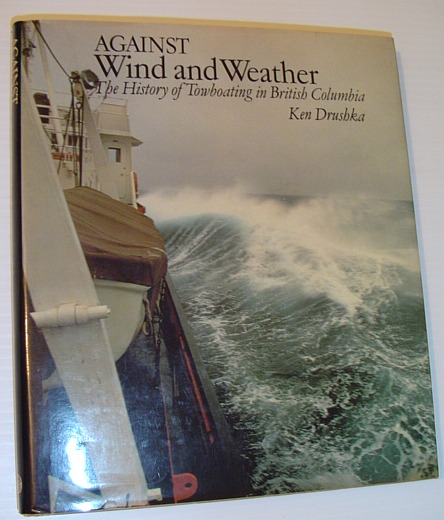 Against Wind and Weather: The History of Towboating in British Columbia

088894327X 258 pages including index. "The blend of anecdote, humour and hard information brings to life the history of men and ships along the British Columbia coast. Every turn of the story is accompanied by superb photographs - over 150 from a wide range of private and public sources." - from dust jacket. Remnant of prior owner's address label atop decorated front free endpaper else clean and unmarked. Light wear overall. Binding solid. Very nice copy.
View More...