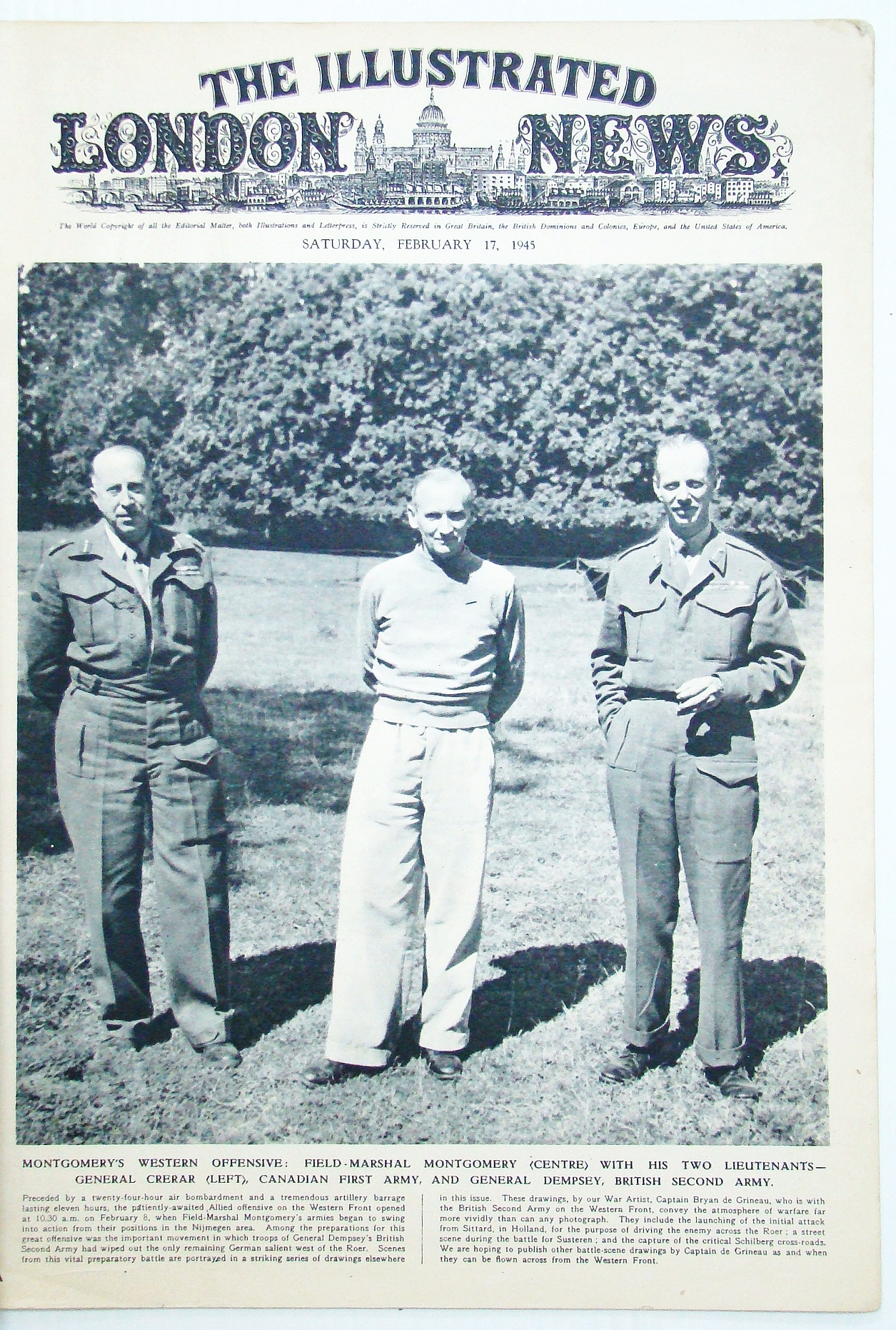 Pages 169-196. Features : Cover photo of Field-Marshal Montgomery with General Crerar of the Canadian First Army and General Dempsey of the British Second Army; The Battle of the Roer Dams - photos of the Urftstausee - a German defense key-point; Twelve great photos at various locations on the Western Front, including the capture of Colmar; Eighteen fantastic photos of the Reichswald Offensive where German towns were smashed by Allied bombing and infantry and armour moved through mud and flood; Article 'Prospects on the Western Front' by Cyril Falls; Two-page illustration of the victory over ...
View More...