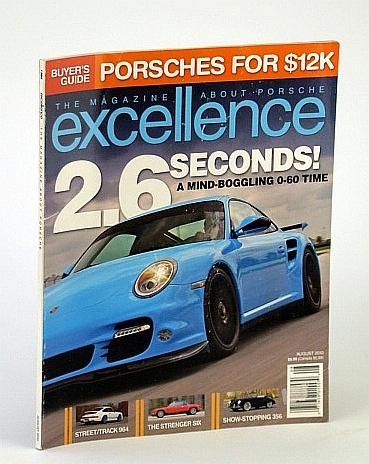 B003X83FOE 160 pages. Features: The insanely fast Werks One Turbo 2; The Strenger Six - a rare 914-6 M471 with a rather special story; 356 Cabriolet restoration that will bring you to your knees; Tony Lapine - Porsche's former head of styling; The GT3 R and GT3 R Hybrid make their race debut; Mr. Happy - 911 club racer built by an ex-Penske Can Am engineer; Adding a $400 header to your 944 is a breeze; Balance 964 - a Carrera 2 that's poised on street and track; The Cashmere Cliff - upkeep on a 911 SC always cheap; Intermediate shaft failures and fixes, part two; and more. Clean, bright and... View more info 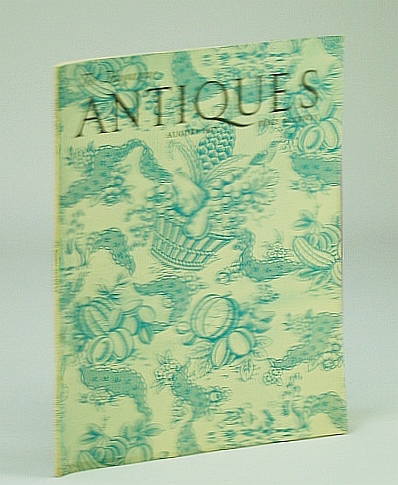 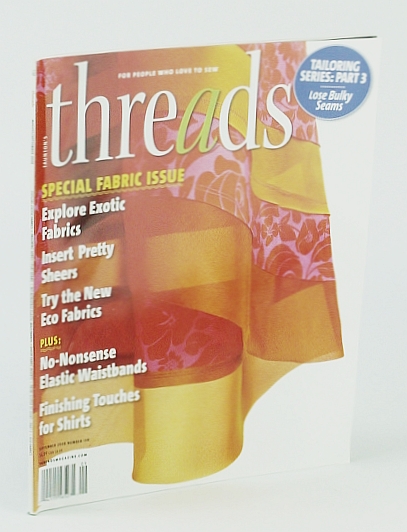 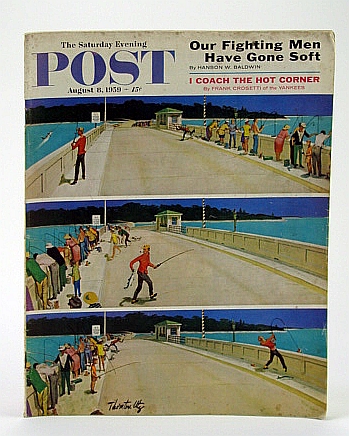 88 pages. Short Stories: New Girl; Dangerous Gift; The Death Dust; The Wrong Impression. Articles: Our Fighting Men Have Gone Soft - photo-illustrated article, including Korean War POWs and turncoats; So You Want to Live in Paris - photo-illustrated guide to apartment hunting; I Coach the Hot Corner - Frank Crosetti of the New York Yankees; Danger - Boss Lady at Work - Olive Ann Beech runs Beechcraft (Travel Air Company) and is the only woman CEO in the aircraft industry; The Struggle to get Hoffa - Conclusion - How Long Will He Last? - with photo of Kennedy and Hoffa; The North Salem Myste... View more info 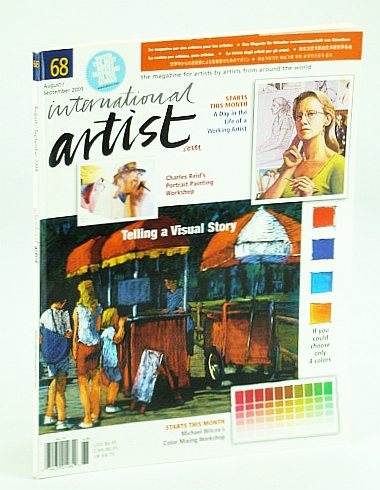 International Artist Magazine - The Magazine for Artists By Artists From Around the World, August / September (Aug. / Sept.) 2009, #68 - Telling a Visual Story 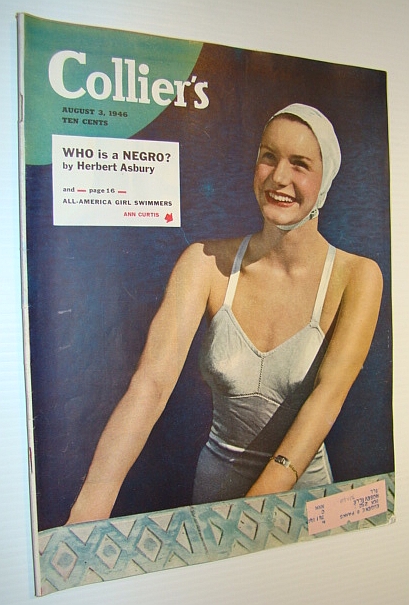 74 pages. Fiction: Straw Hat Circuit; Candlelight and Salt Pork; A Little Fire; Sleep, My Love (part 2 of 5); The Wonderful Race at Rimrock; Come Back, Come Back. Articles: Who is a Negro - the problem of lightskin colored folks who pass as whites; St. George and the Marxian Dragon - a report on the first year of Britain's experiment in socialism; All-America Water Queens - The A.A.U. picks a team of the nation's 14 best girl swimmers; What George Bernard Shaw thinks at Ninety; The Truth About Henry Kaiser - this, part 2 of 3, deals chiefly with his invasion of the automobile industry; The S... View more info

We are offering only the second volume of this two volume set. Pages 988-1980. Index of speeches. List of names of authors. General index. "An English translation of representative passages arranged under subjects." - subtitle. Issued under the auspices of the Royal Institute of International Affairs. Baynes "believed the selections revealed the personality and character of Hitler, and exposed the essence of his Weltanschauung." - Paul Madden. Rebound in library buckram with usual markings. Binding intact. Average wear. A sound reference copy. Bibliographic referenc... View more info 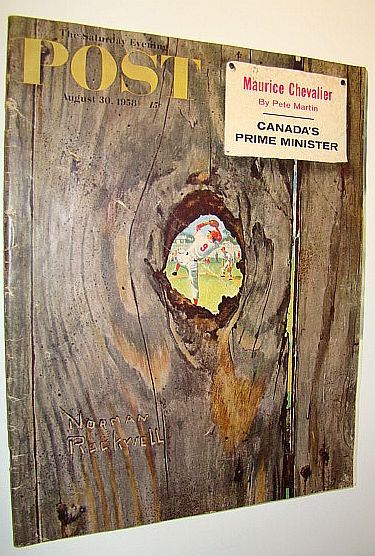 80 pages. Short Stories: The Temptation of Father Montoire; The Susceptible Blonde; Marriage Crisis; Hurricane Rescue; The Man Who Bought People. Articles: Canada's Amazing Prime Minister, John George Diefenbaker; Spare Parts for Defective Hearts - plastic valves devised by Dr. Charles A. Hufnagel; What's For Breakfast? - Brennan's restaurant in the French Quarter of New Orleans; How We Would Strike Back - the story of the tightly-guarded Zaragoza Air Force Base and its tense crews who wait for the alarm to fly their H-bombers; I Call on Maurice Chevalier; I Wanted to Be Somebody - part 2 - ... View more info 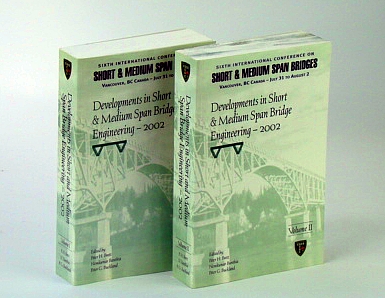 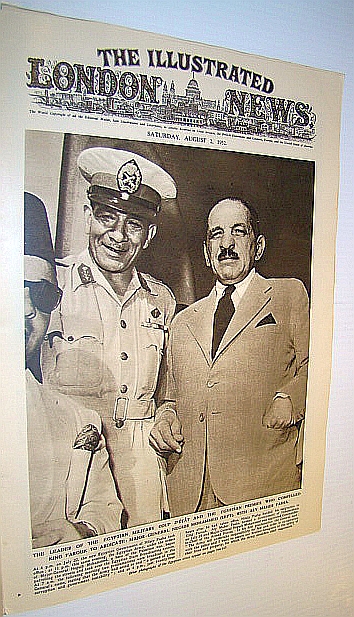 Pages 161-200. Features: Coup D'Etat in Egypt leaves army in control; The Adbication of King Farouk - Final scenes in Alexandria; The passing of Eva Peron of Argentina - article with nice photo; Large photo of Democrat presidential candidate Adlai Stevenson; Personalities of the week include Lord Goschen who passed away on August 24th; The Queen visits the Windsor Horse Show and the Hospital for Sick Children; The Post-War World as viewed by James V. Forrestal; Map of the Queen's Coronation processional route through London; Remarkable photos of the Swiss attempt on Everest; Article on Civil ... View more info

Pages 237-276 Features: Photo of Dr. Ali Amini, Persian Finance Minister, reading statement at the conclusiont of the three-year-old dispute between the Anglo-Iranian Oil Company and Persia; Two large aerial photos of Abadan, the greatest oil refinery in the world; Various Royal sightings in England; The Duke of Edinburgh tours Canada; 15 photos of the Empire Games in Vancouver, at which England became 'unofficial champion'; Review of book "The Ribbentrop Memoirs" with photos; Page of photos of the opening of the Empire Games in Vanocuver; Photos of Haile Selassie in Athens; Photo of ... View more info 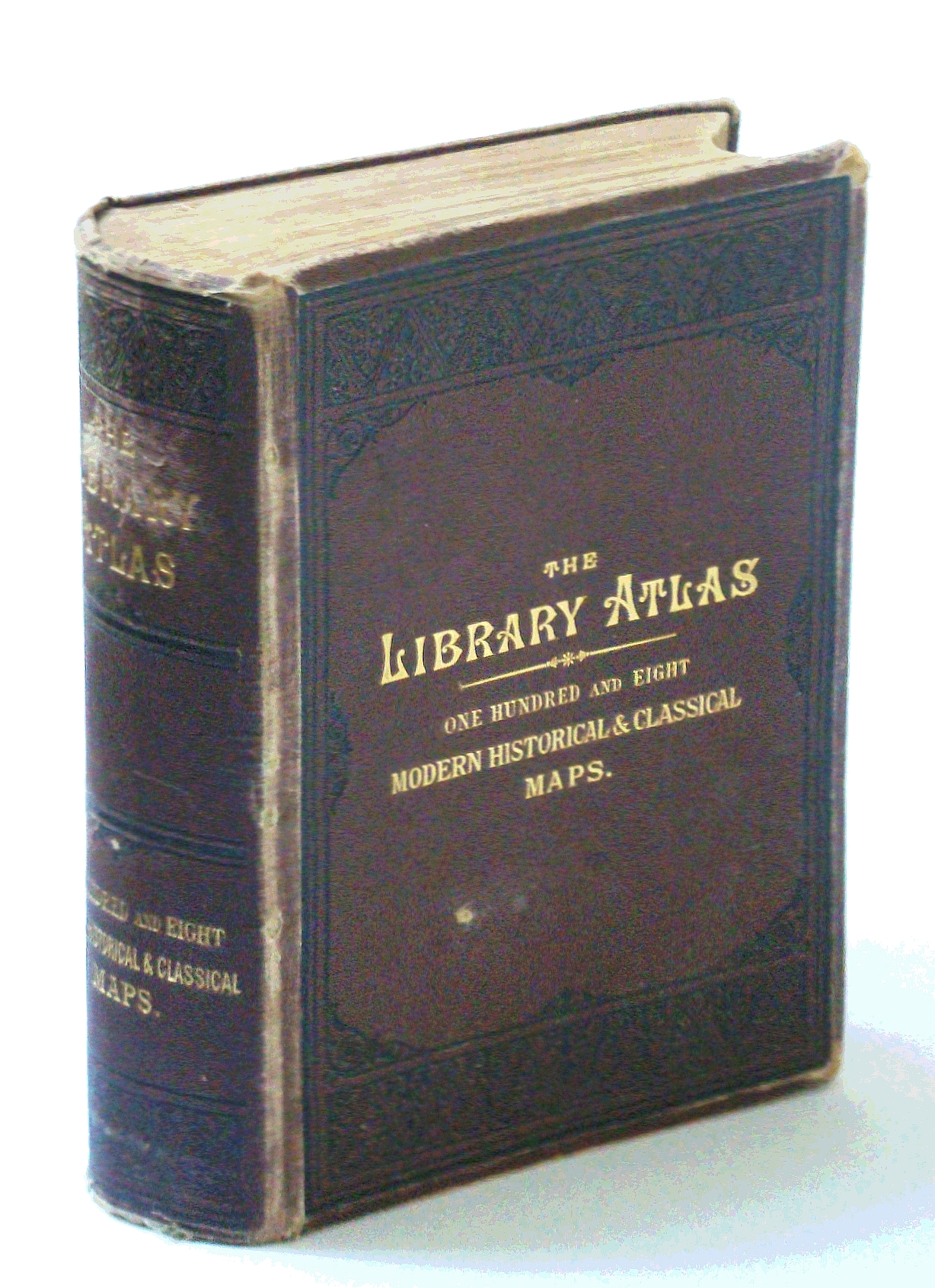 214, [110 maps], 142 [index] pages. "The continual extension of commerce into new channels, the rapid growth of the colonial possessions of the British Empire, the recent territorial changes in several kingdoms, both of Europe and Asia, and the many discoveries of late years in various parts of the world, have created a demand for a new treatise in Descriptive and Political Geography." - Preface. "A capital atlas of maps clearly printed in colours, and at the very low price of one guinea. The maps are not only ancient, modern and historical, out of the Northern and Southern Cons... View more info 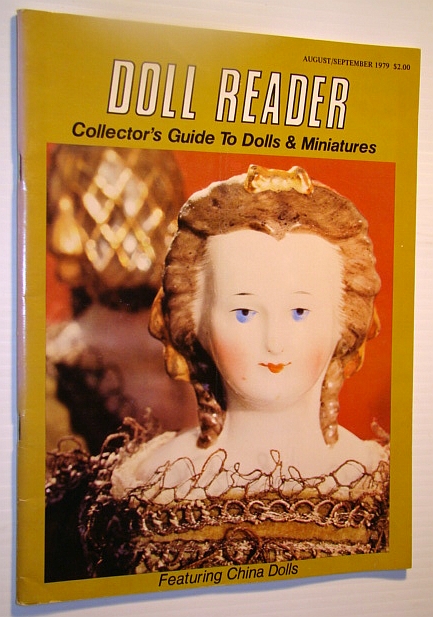 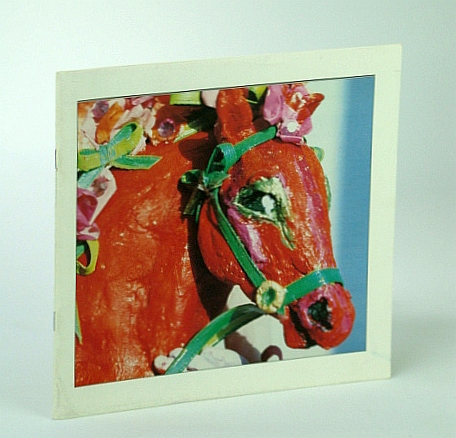 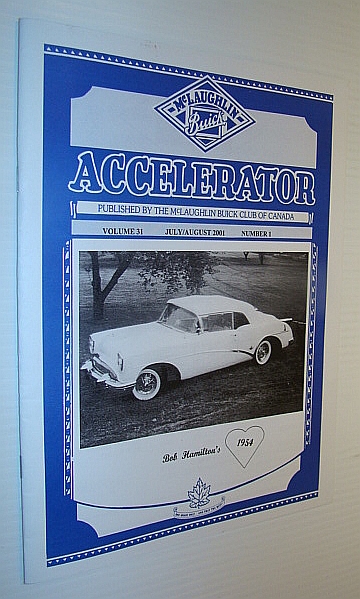 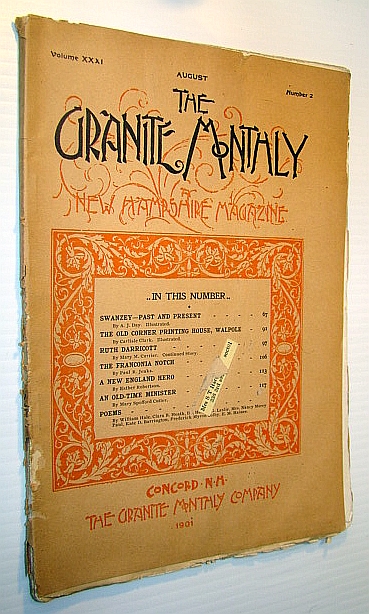 The Granite Monthly - A New Hampshire Magazine of Literature, History, and State Progress, August 1901, Vol. XXXI, No. 2 - Swanzey - Past and Present 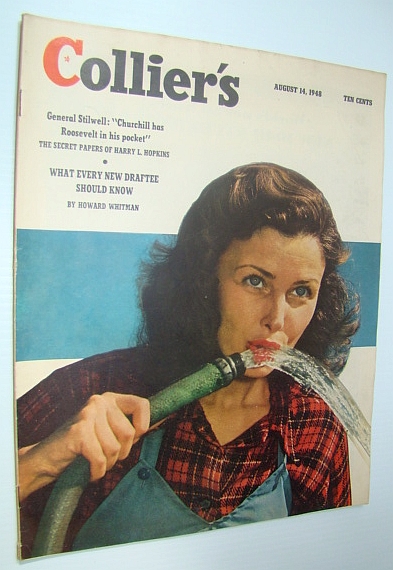 Collier's Magazine, August 14, 1948 - Fred Harman And Red Ryder / Italy Down for the Count 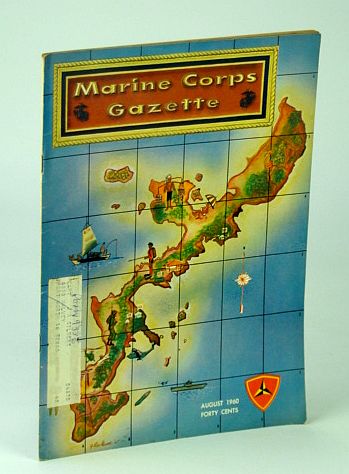 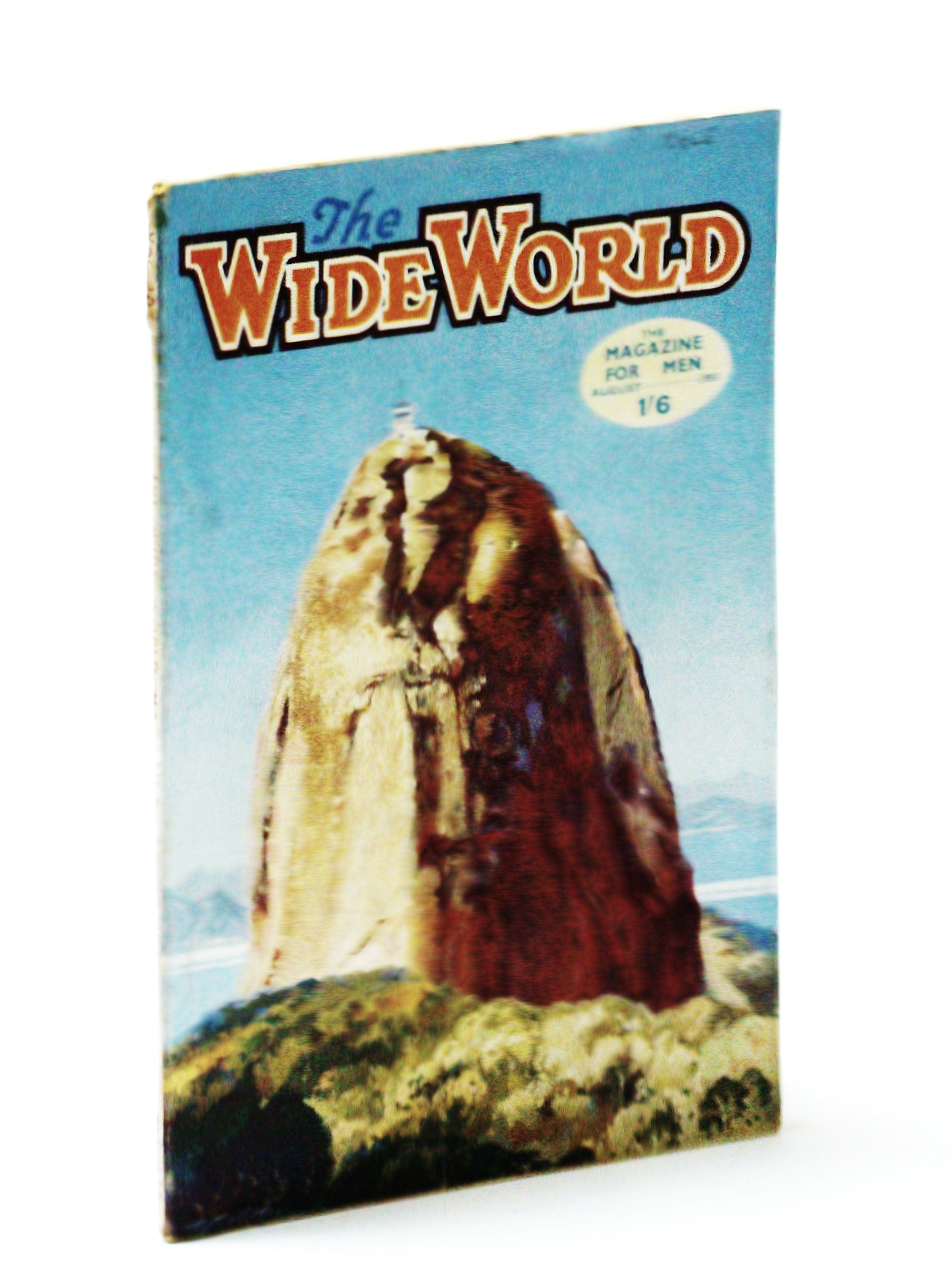 96 pages. Features: Small date written on front cover. One-inch opening to fore-edge of some page. Small chip from fore-edge of back cover. The woman comments; The thankless children; What British Brides can teach us; The Welcome Wagon; Are You Just a Plaything of Nature? (ad for Pinkham's vegetable compound); How Good a Mother Are You?: Her Murders are Profitable - Mary Roberts Rinehard; Mother Hubbard and her Frozen Cupboard; Bernhardt in the Suburbs - the little theater is big business; Pork can poison you; New Lives for the Old; Prevent Sunburn; They Shall Take Up Serpents; The women w... View more info