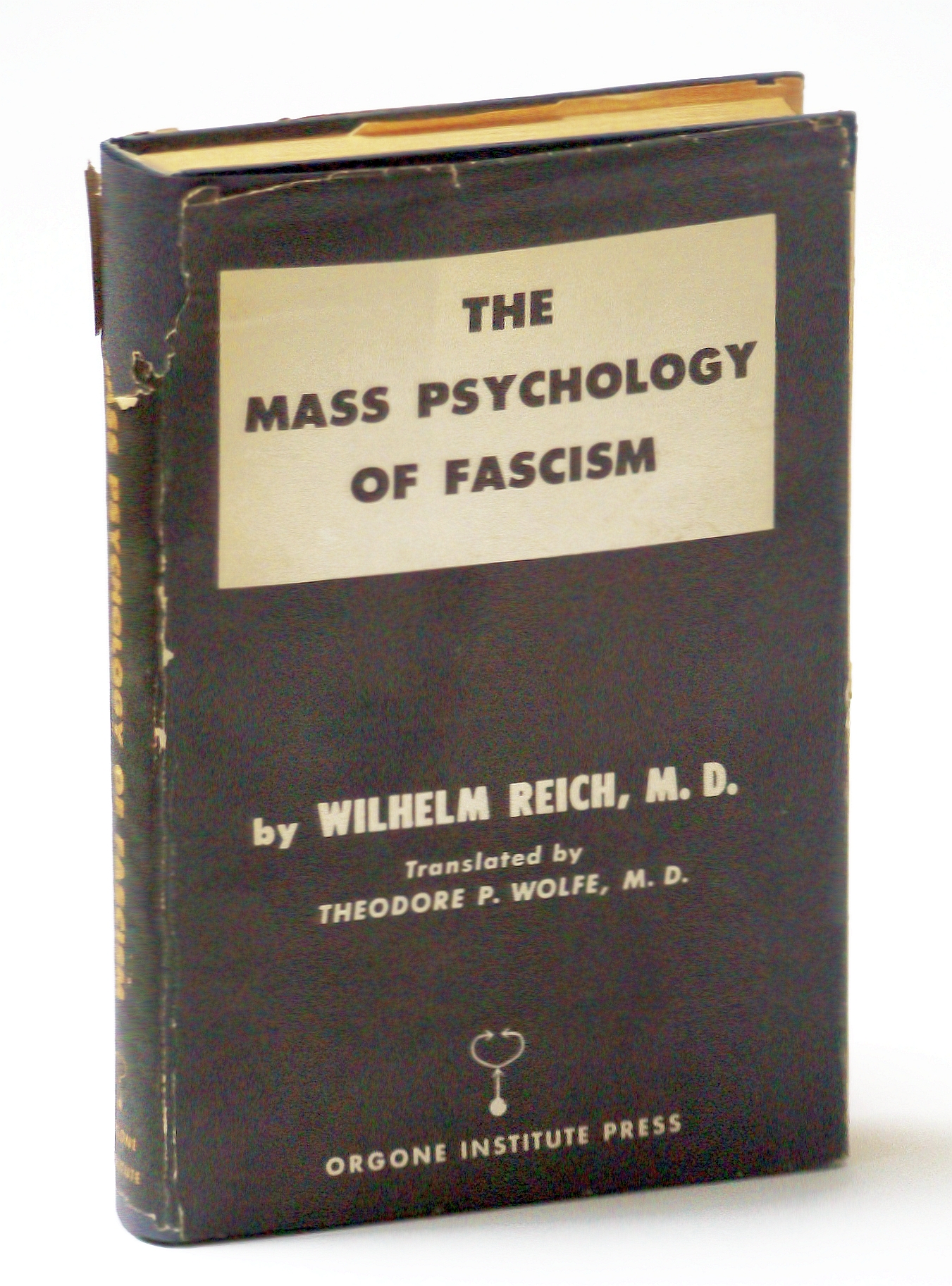 The Mass Psychology of Fascism

B000OU6YRO xxiv, 344 pages. Index. Translated from the German manuscript of the third, revised and enlarged edition. Earlier German editions were "smuggled across the German border in great numbers and enthusiastically received by the illegal revolutionary movement. The Fascists banned it in 1935." - xiv. The ten chapters include: Authoritarian Family Ideology and the Mass Psychology of Fascism; The Race Theory; The Symbolism of the Swastika; Organized Mysticism - The International Antisexual Organization; Some Problems of Sex-Political Practice; The Masses and the State; and more...
View More...