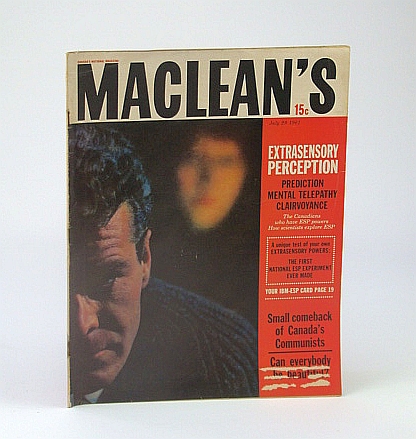 50 pages. Features: Colour Labatt's 50 Ale ad inside front cover features two couples frolicking in water at beach; Will Success Spoil Henry Makow, boy columnist?; One-page GM of Canada ad features photo of fly fisherman at work; The New Party Will Die if it's a mere Liberal Splinter - the past and present of the CCF; The Slow Comeback of Canada's Communists - Tim Buck (photo) will soon step down as its leader and his successor will inherit an organization that almost destroyed itself four years ago but is now unified, active, and anxious to rebuild its political influence; The Ottawa River -...
View More...