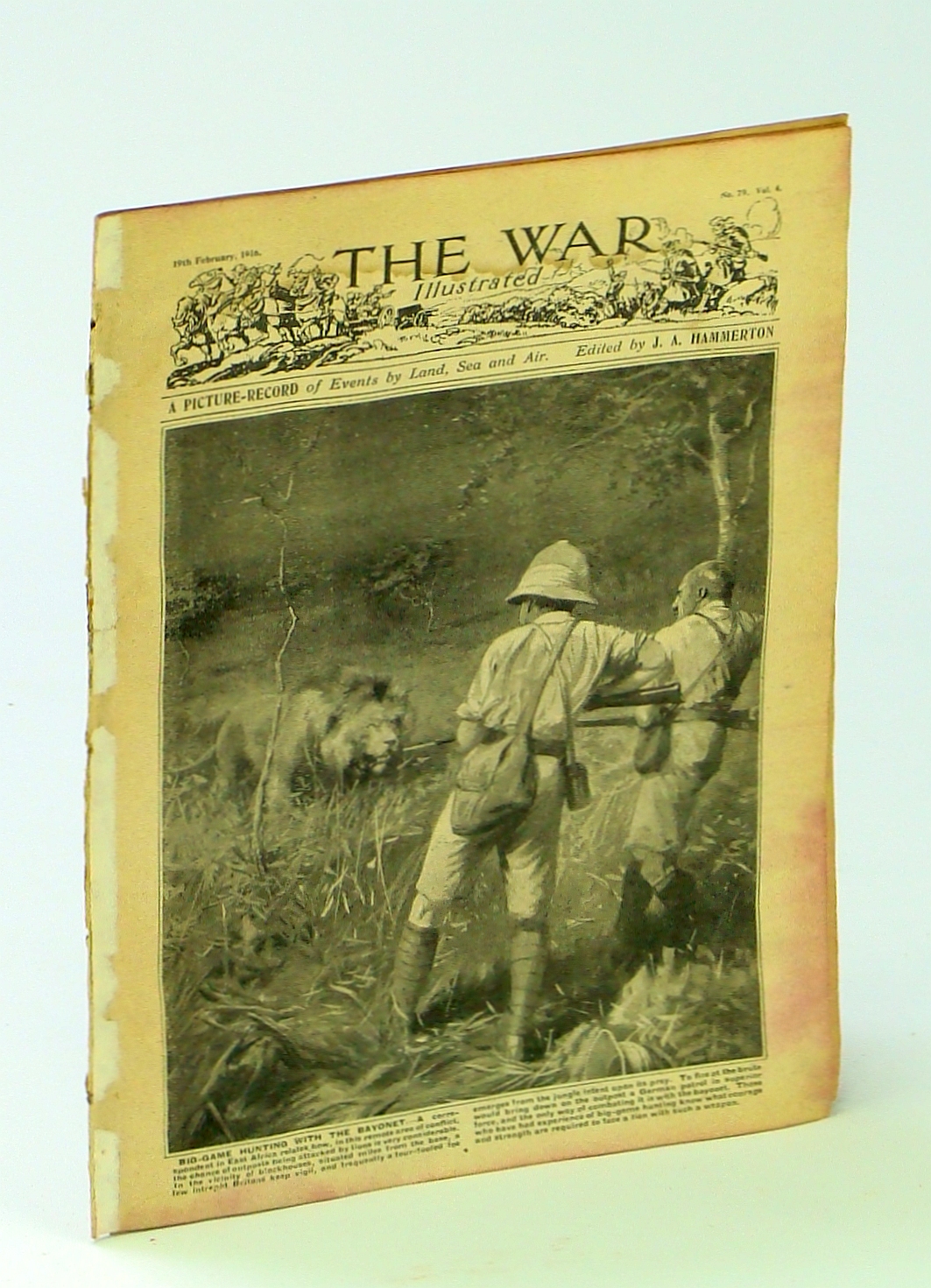 24 pages. Consolidating British Positions in the Balkans; Photos of flame attacks by night and day; Photos of British troops in respirators walking through poison gas from their own bombs; Photo of a French artillery commander's hardened headquarters; Photo of French troops and their gun which fires 220lb shells - such guns helped the French win at Champagne in 1915; Roadside photo of German troops killed and wounded by a French bombardment of howitzers; Photo of a floating bridge being constructed across the Tigris by Indo-British Pioneers; Photo of dozens of British sailors pulling a naval...
View More... 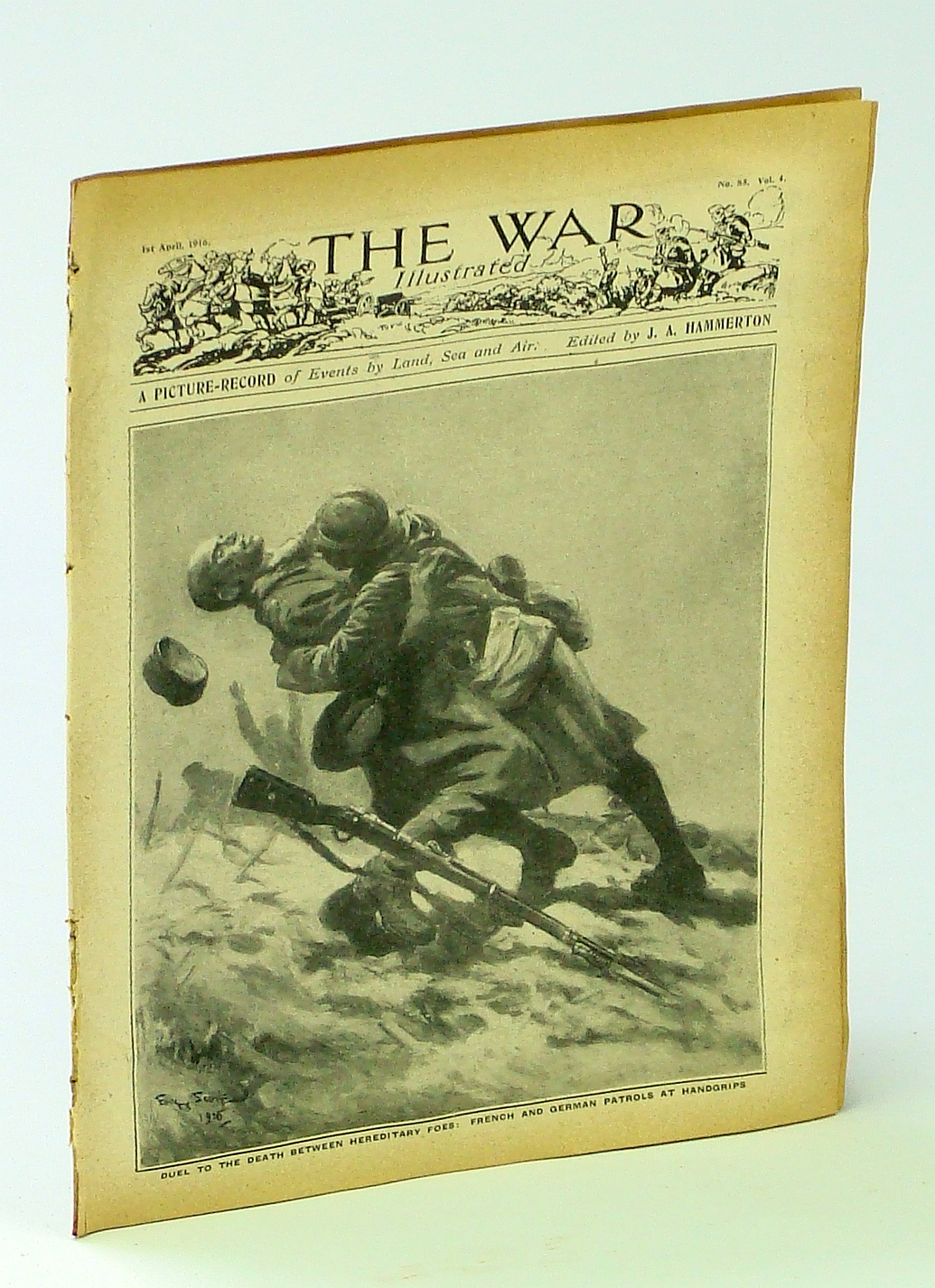 24 pages. Map of Sollum, Western Egypt showing the various centres of defence along the Suez Canal; Photo of camels arriving by rail to support Major-General Peyton's force; photo of British and Australian officers consulting in the desert of Western Egypt; One-page illustration of Private G. Ingle, 4th Hussars, rescuing his troop leader, Lieut. Radclyffe, for which he received the D.C.M.; Photos round about the Allied base at Salonika - including General Mahon; Photos of personalities and pawns in the Verdun contest - German prisoners, an artillery horse, General Petain (in fur coat), and Gen...
View More... 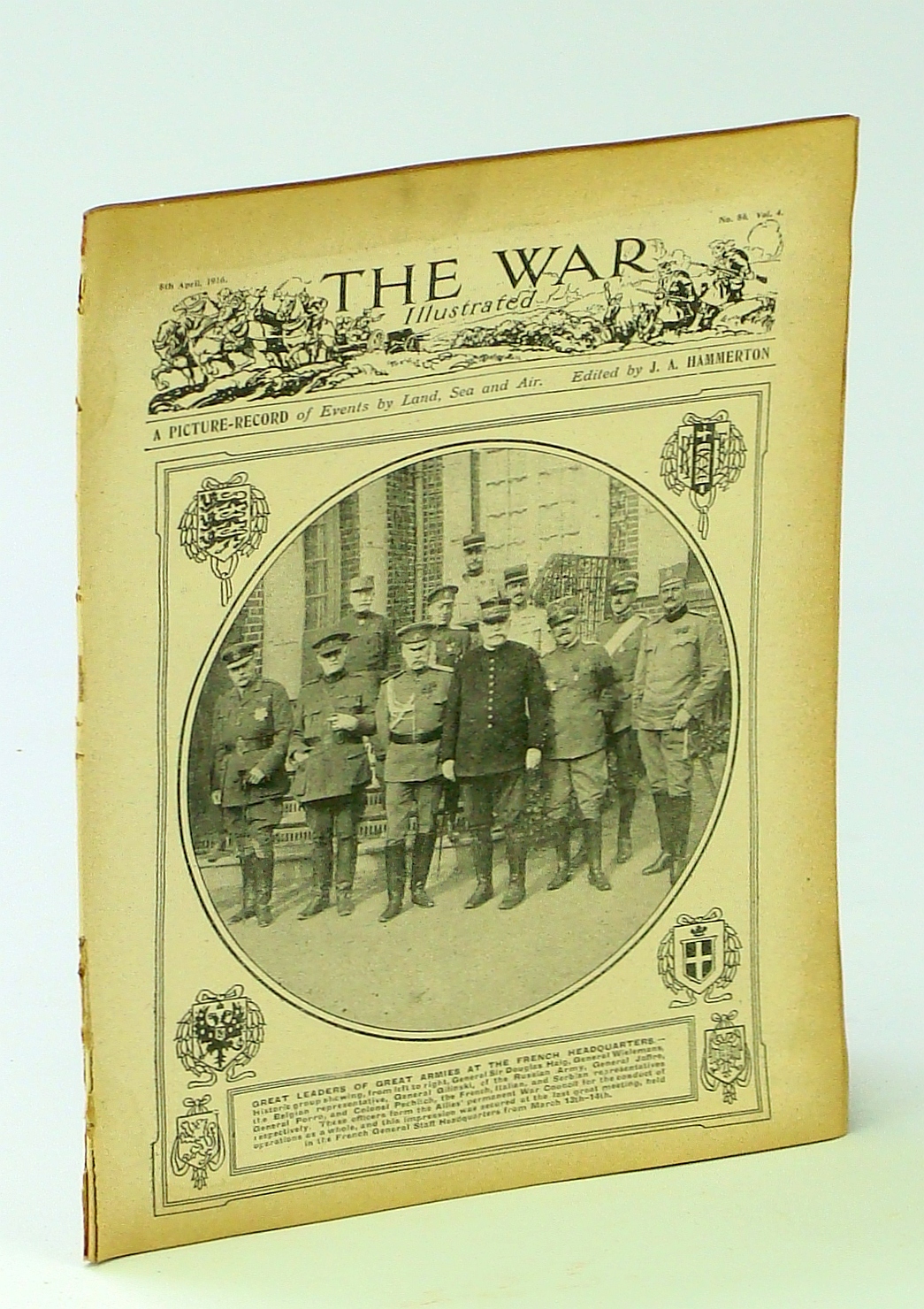 24 pages. Cover photo of the Allies' permanent war council at the French headquarters; Article by Lady Jellicoe on the future of Britain's blinded heroes and how it is being assured; Photo of Grand Duke Nicholas about to inspect Russian troops in Teheran; Photo of Grand Duke Michaelovitch in a rickshaw at Nikko, Japan; Photo of the King's African Rifles; Five photos involving Turkey and Africa; Two photos of British transport in France by bicycle and horse-drawn cart; Photo of mealtime with the Canadian Red Cross contingent in Flanders; Photo of horses being nursed back to health; Three photos...
View More... 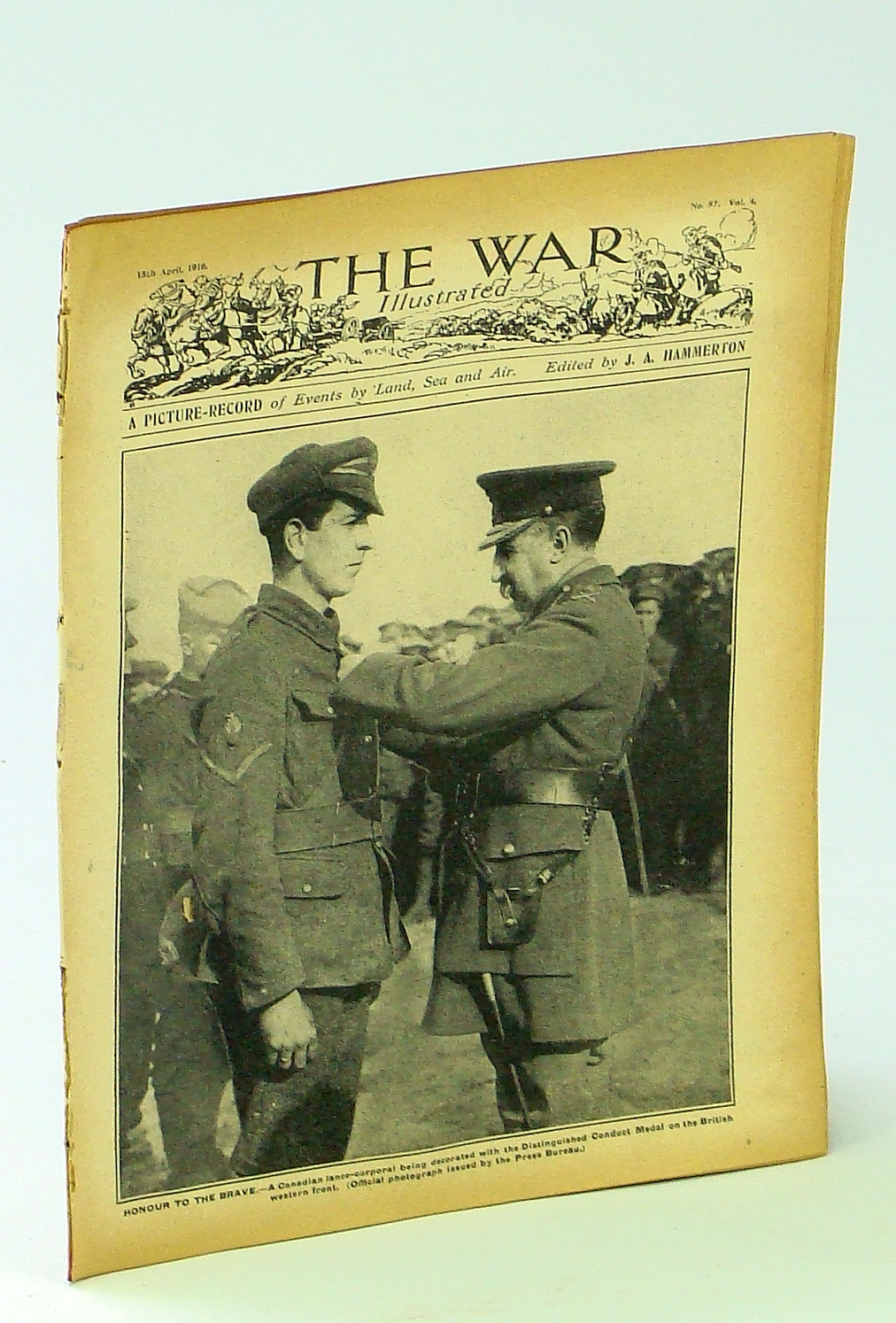 24 pages. Features: Romance of Rail-Power in the War - article with map of the principal railways of Europe and Asia Minor and map of the railway systems of the Allies and Germany; Photo of French children watching German prisoners taken at Verdun; photo of a troop of the King's African Rifles; Two photos of artillery action on the East African Front; Three photos of war scenes and incidents east of Suez; Photo of the Persian city of Ispahan; Photo of Turkish troops training in Syria; Three photos of the devastation of Verdun; Three photos of refugees from Verdun and fighting men from Vaux; Tw...
View More... 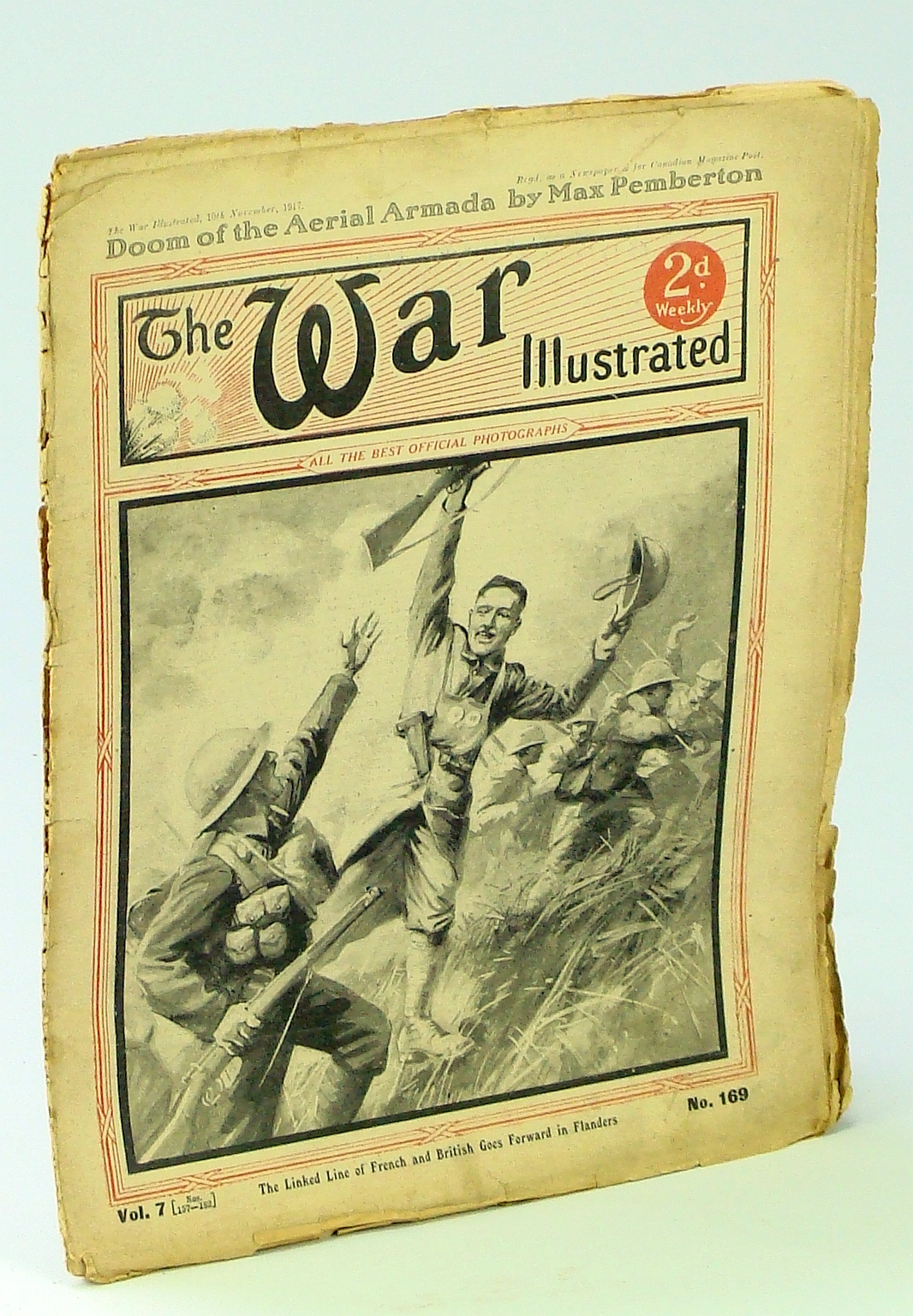 24 pages. Features: God Save the King! (article); The Doom of the Aerial Armada - a day that will live in History - article; French Methods of Meeting the Zeppelin Menace - seven photos; Three photos of war damage; Photo of a stream of refugee carts; Artillery that aided the Australians' Advance - three excellent photos of howitzers which took part in the bombardment which attended the Anzacs' advance in Flanders, including a battery of 18-pounders and 1,400lb shells with an effective shrapnel radius of 800 yards; Photo of native Somali, Swazi, Swahili and other troops fighting under the Briti...
View More... 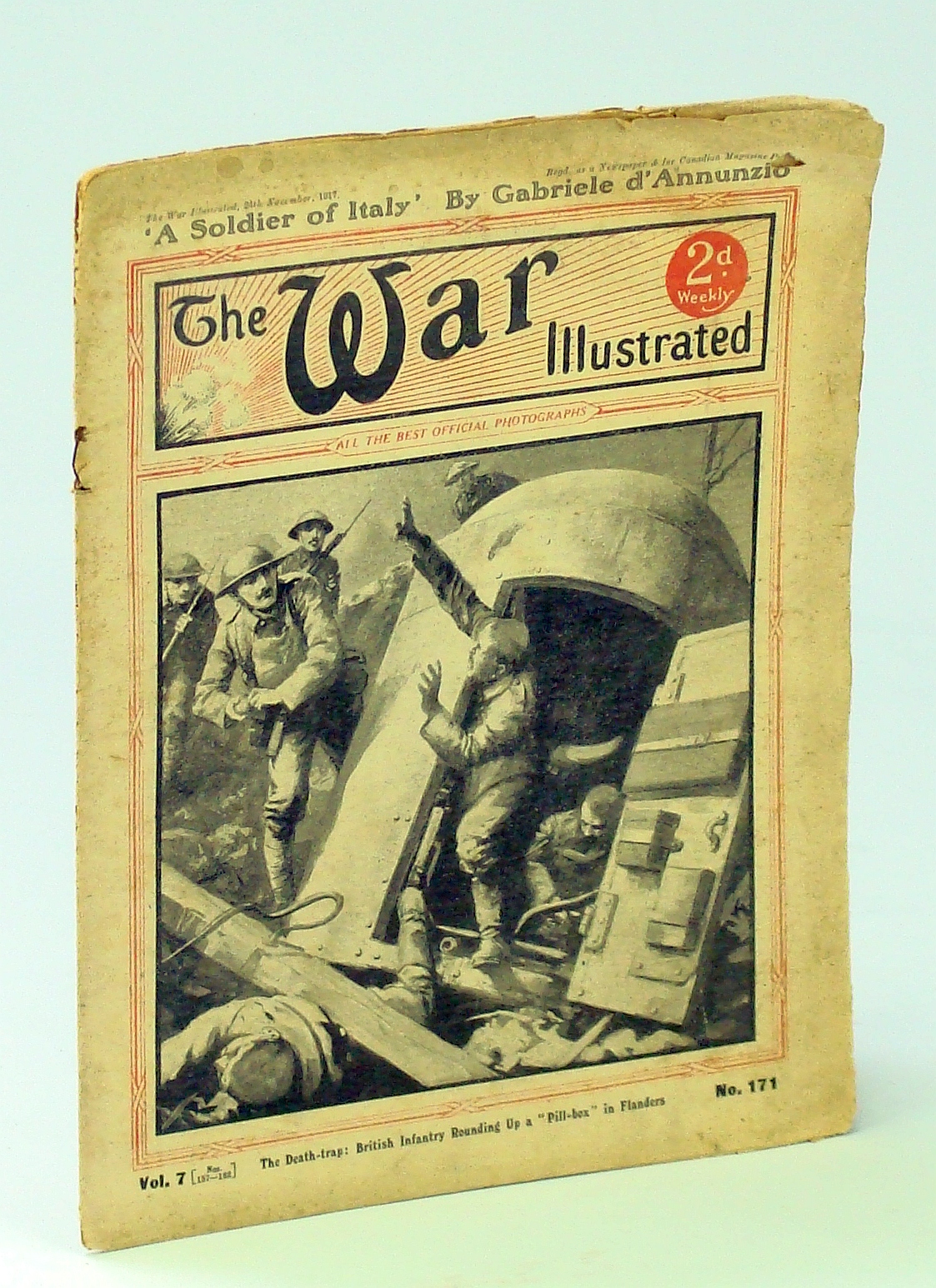 20 pages. Features: Supports of the King (article); Cover illustration of British infantry rounding up a 'Pill-box" in Flanders; A Soldier of Italy - A Picture of Heroism by Italy's Hero-Poet Gabriele D'Annunzio (article); Photos of modern devices used in the destruction of man - a Canadian telephone exchange, glycerine being boiled from bones to make explosives, a French machine gun, and Mr. Wilfred Stokes with one of his famous guns; Six interesting photos/illustrations of pill-boxes and gun-posts the Germans have lost; Photos of Cardinal Bourne visiting the Irish Brigade; Two photos of...
View More... 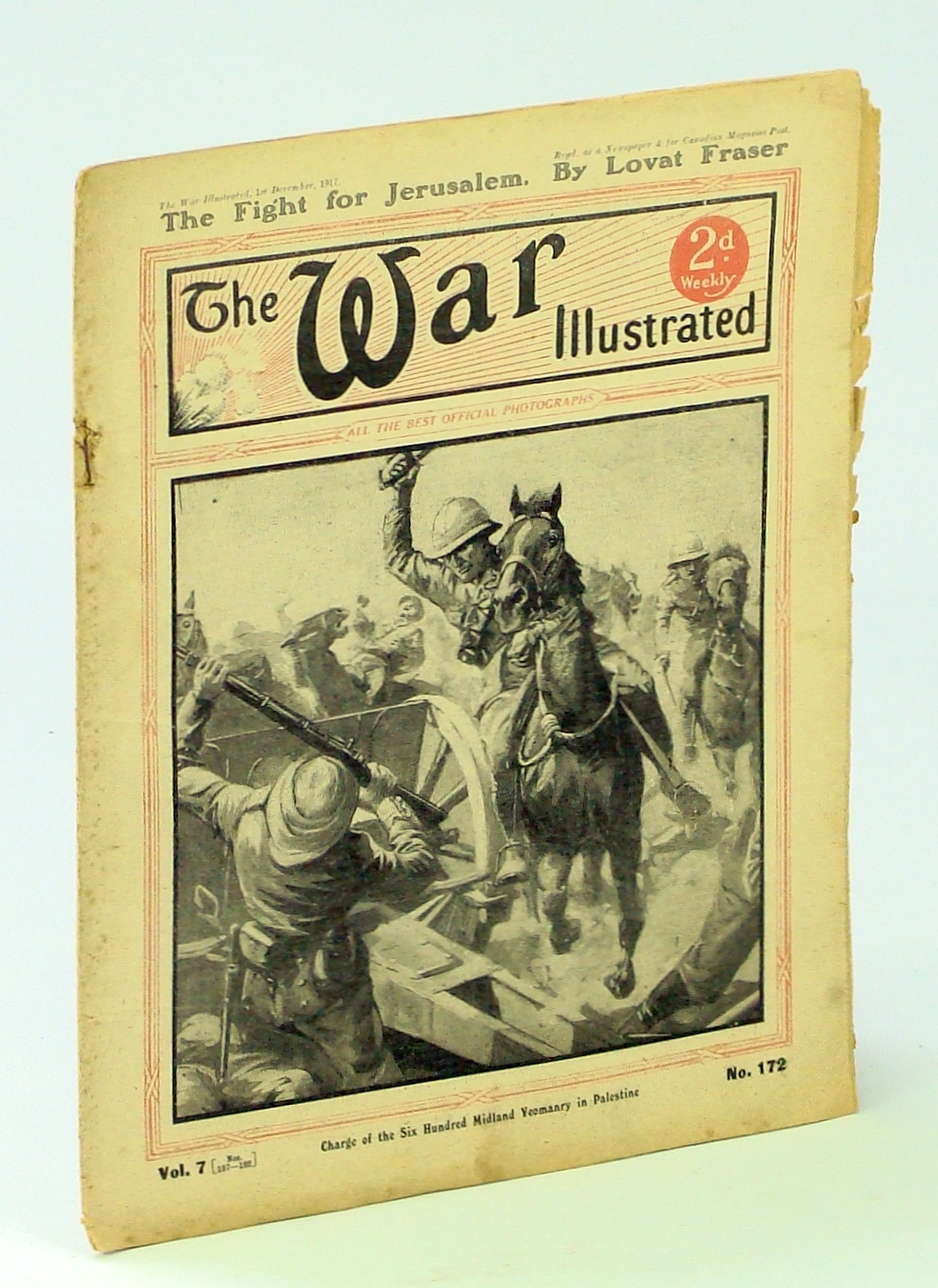 24 pages. Features: Cover illustration of the charge of the six hundred Midland Yeomanry in Palestine; The Voice of a Prophet - article by C.M.; Photo of Sir Stanley Maude and Captain Musgrave on horseback in Bagdad; The Fight for Jerusalem - Nearing the End of Turkey's Four Hundred Year's Rule - one-page article by Lovat Fraser; Two photos of the troops which triumphed over the Turks at RamadieLarge photo of many British veterans of Flanders happy to be assembled for leave; Photo of Canadian hospital in France X-raying bullet in French soldier's arm; Photo of German POW receiving medical care...
View More...