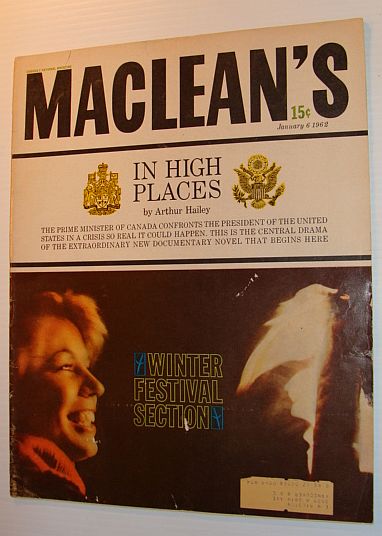 Features: In High Places - the Prime Minister and the President knew they had no more than 300 days to brace North America against attack - they began bargaining for survival, by Arthur Hailey; Why Iran Won't Go Communist, by Peter C. Newman; How - and why - the Peace Corps is getting tougher - with good photos; Why bird watchers watch Roger Tory Peterson; Amateur Theatre's Cast of Thousands; Why Doesn't NHL Goalie Glenn Hall Crack up, too? - The Chicago Blackhawk's backstop has played almost 500 consecutive games; French Canada's 90 Snowshoe clubs have 15,000 members - a few of them own snows...
View More...