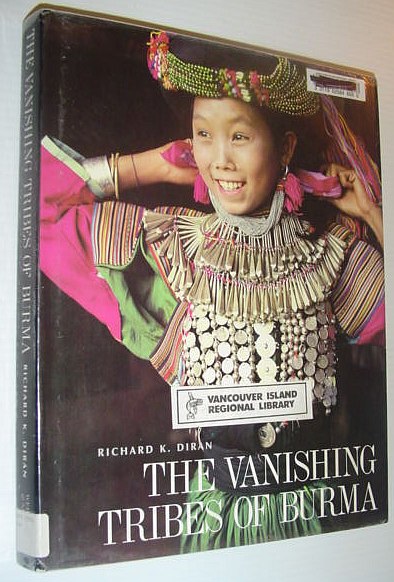 The Vanishing Tribes of Burma

0297822942 240 pages. Index. Glossary. Bibliograpy. Sumptuous colour photography throughout. "Richard Diran's task of recording the tribes, many of them suspicious and frightened of foreigners, was arduous and also dangerous, in the face of almost constant guerilla warfare, and it took many years. The resulting photographs are a testimony not only to his skill and determination but to the survival of the tribes themselves in the face of an alien and politically unstable world." - from dust jacket. Heavily worn former library copy with usual markings. Four inch opening at bottom... View more info