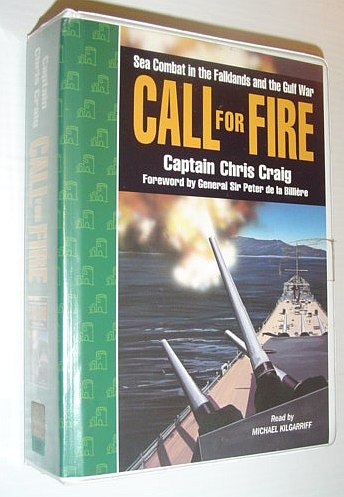 1862430055 Ten audio cassette tapes with case. "... A first-hand account of fighting in the Falklands and the Gulf campaigns by the only British senior officer who commanded in both of these major wars. In 1982, Chris Craig was captain of the frigate HMS Alacrity - the only British surface ship to sink an Argentinian vessel. Nine years later, he was in command of the twenty-six British ships in the Gulf campaign." - from cover. Foreward by General Sir Peter de la Billiere. Usual library markings. Moderate wear. A sound copy. View more info