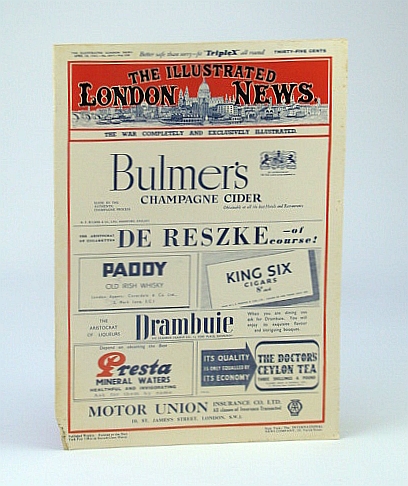 Pages 493-524. Features: Photo of Greek Prime Minister M. Alexander Korizis; Nice one-page cutaway illustration of British No. 1 Infantry (heavy) tank Mark IIA in action; Lovely two-page illustration of Britain's womanhood as mobilised for victory in national war services - in their many uniforms; Two-pages with fifteen illustrations of the gentle art of baling out of an airplane (escape technique); Six photos of Italy's defeat and humiliation in Libya, where the Nazis have taken over; The War with Nazi Germany - The Peril in the Near East - article with map showing the German advance in Nort...
View More... 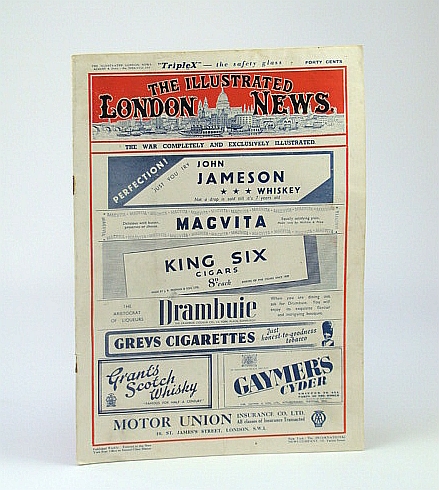 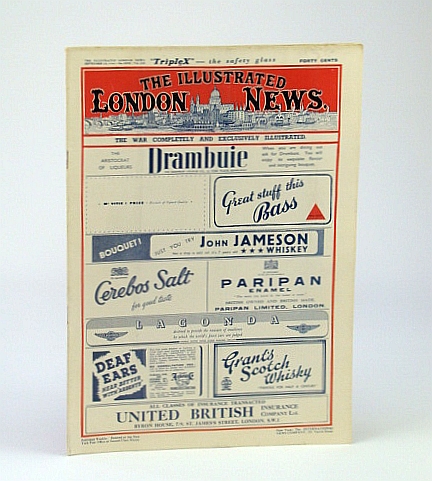 Pages 321-352. Features: Photos of capture of U-boat at sea; Britain Seizes Spitzbergen - two great photos; Photo of the Duke of Kent addressing thousands of workers at the vast Glenn Martin factory in Baltimore; Photo of N.C.O. prisoners enjoying their first meal since release from Vichy France; Two photos of Lord Louis Mountbatten aboard the 'Illustrious'; Photos of British toll on shipping at Rotterdam docks; Two pages of ten great photos of Britain's Army being toughened by intensive physical and endurance training; One-page photo of Italian submarine sailors standing aboard their sinking...
View More... 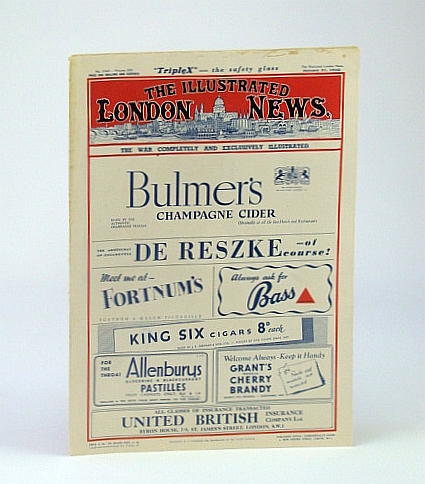 Pages 129-160. Features: Eight-photo, two-page feature on the full-scale production of tanks in Britain; Archbishop fo Canterbury, Dr. Lang, announces his resignation; Fascinating photos of massive concrete U-boat shelters being built on the Atlantic coast; Map of Southern Malaya where the Japanese are able to easily land using flat-bottomed boats; Photos after the Japanese sinking of the 'Prince of Wales' and the 'Repulse', with heads bobbing in water - and Captain William Tennant of the 'Repulse' after his rescue; Map of the Western Pacific, indicating dates of Japanese landings on many isl...
View More... 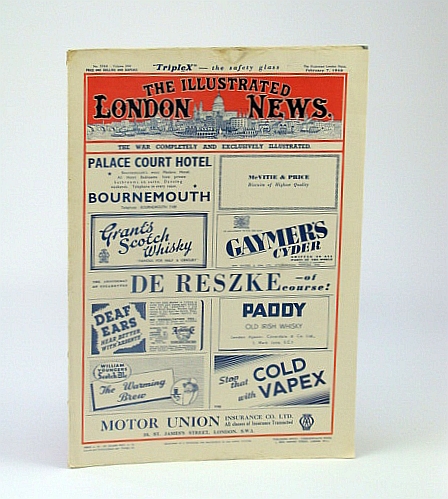 Pages 161-192. Features: Two pages of illustrations of dozens of U.S. Navy, Army and Air Force badges of rank; Photo of the H.M.S. "Barham", lost in the Mediterranean on November 25, 1941; Photo of crashed 'Sunderland' aircraft and her crew who were taken prisoner by Italy when they drifted to shore; Maps and photos of Burma and Amboina; Photo of Dutch submarine bringing U-boat prisoners to a British port; Photo of Capitan-Lieut. Gert Schreiber, of the sunken "U-95" coming ashore from the Dutch submarine; Pearl Harbor burial scene in Nuuanu Cemetery; Photo of "Norness"...
View More... 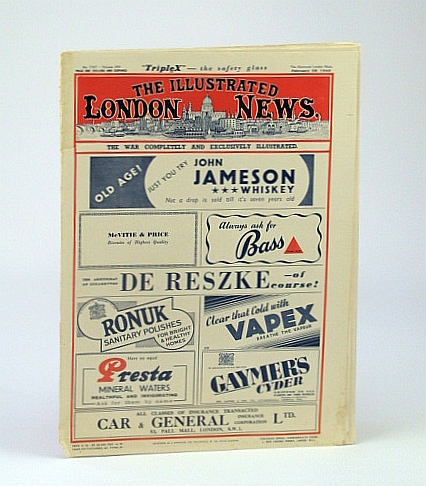 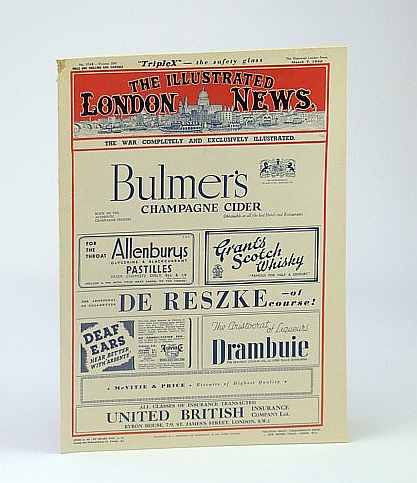 Pages 285-312. Features: Illustration of General Sir Archibald Wavell; Photos from Russia, including sleeping masses in underground station; Photo of the Duke of Aosta who died on March 3; Photos of British aircraft parts being made deep underground; Photos of Dutch warships; Photos of the last days at Singapore; Large contour map of Java, invaded by Japanese; Topographical map of Java, indicating many features of interest; Illustrations are used to explain the case for and against the use of the big bombers; Photos of preparations for invasion of Bruneval; Photos after the successful Bruneva...
View More... 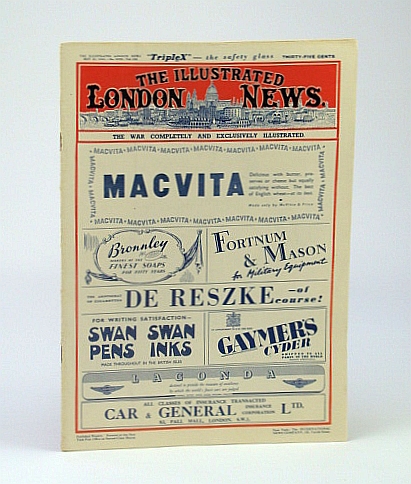