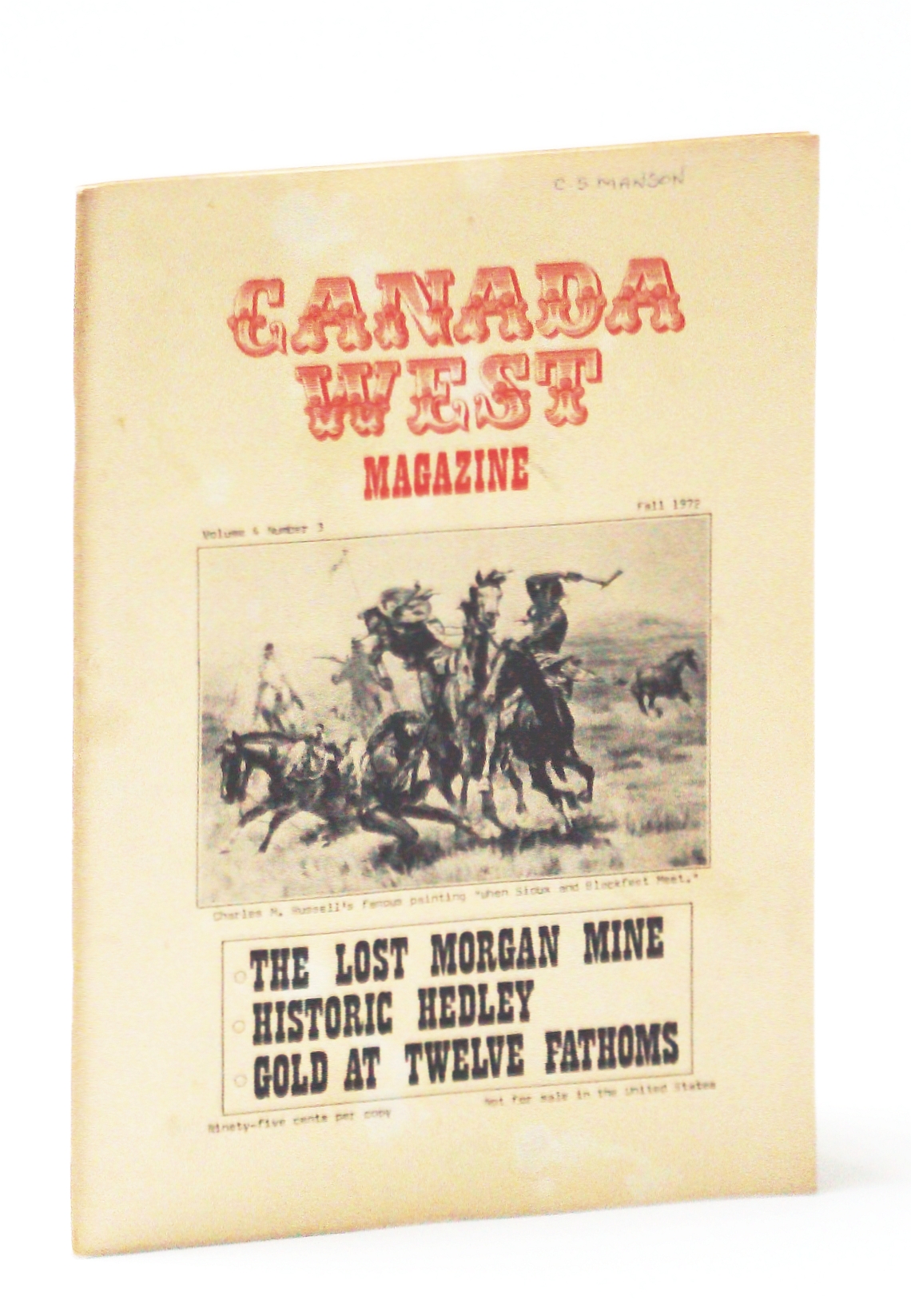 40 pages. Illustrated in black and white. Features: The Lost Morgan Mine (near Greenwood City); The Highest Judge in the Highest Court in the HIghest City in Canada - W.R. "Willie" Williams; Historic Hedley, B.C.; Gold Bullion at Twelve Fathoms - the Pacific went down in 1875 off Cape Flattery; The Money Shell - money used by native peoples of Western Canada was dentalium or higua, a sea shell; Letters from the North-West - Part I - A.R. Dyre was a young North-West Mounted Policeman who served in the wests from 1882 to 1885. Name atop front cover. Average wear. A sound vintage cop...
View More...