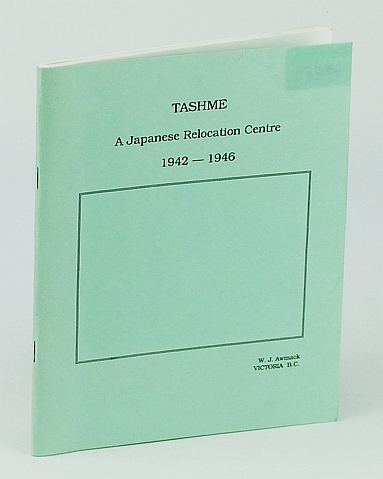 iv, 87 pages. Reproductions of black and white photos. "I have written this booklet because I have found so many people know almost nothing about the evacuation of the Japanese Canadian people from the west coast during the war. At the coast, after Pearl Harbor, a Japanese family might be living next door to you and a few days later they were gone and no one knew where, particularly after they left the exhibition buildings in Vancouver. I feel sorry this story has to be told, in part, so that such a thing does not happen to any other group of people in this country. Tashme was establish... View more info