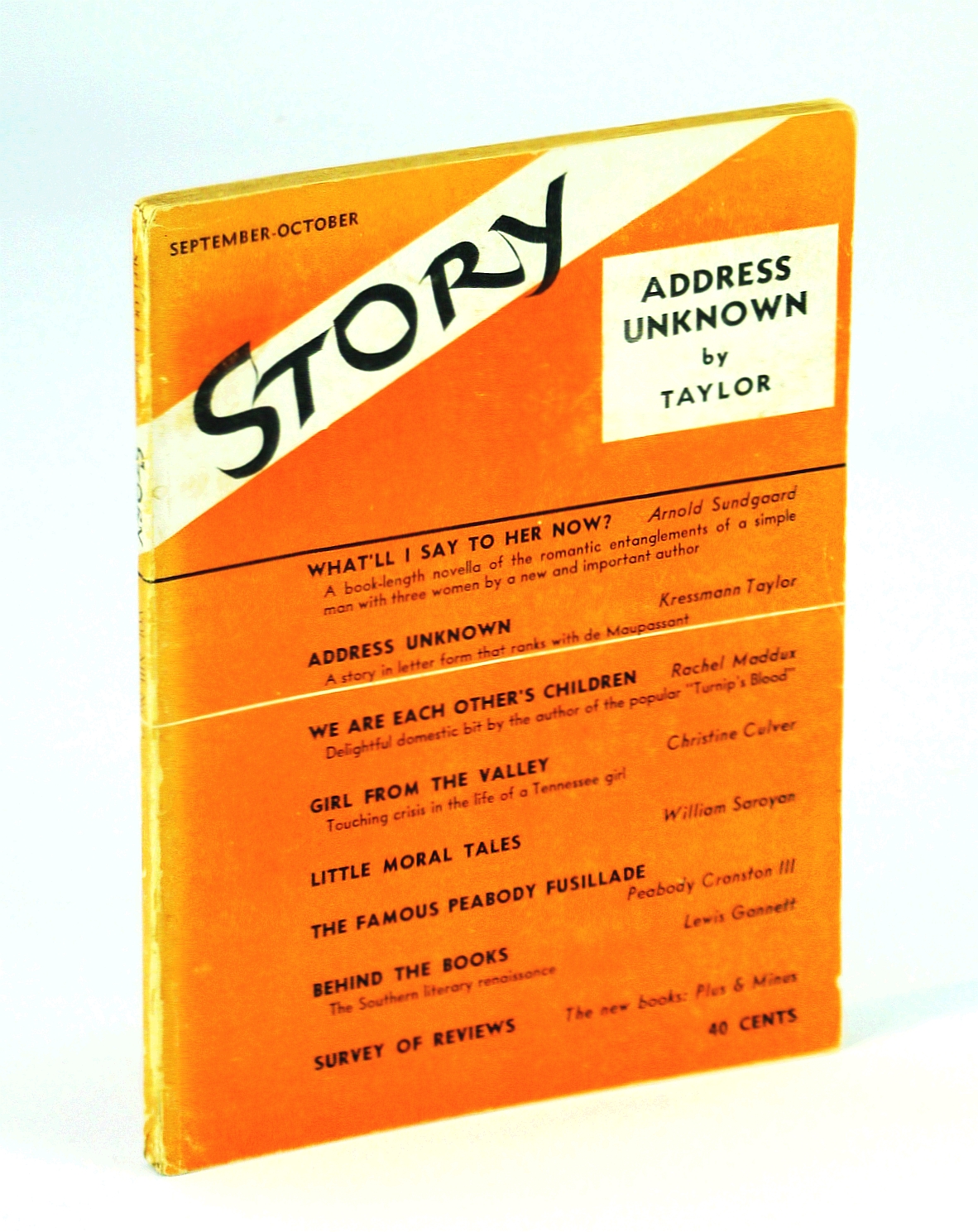 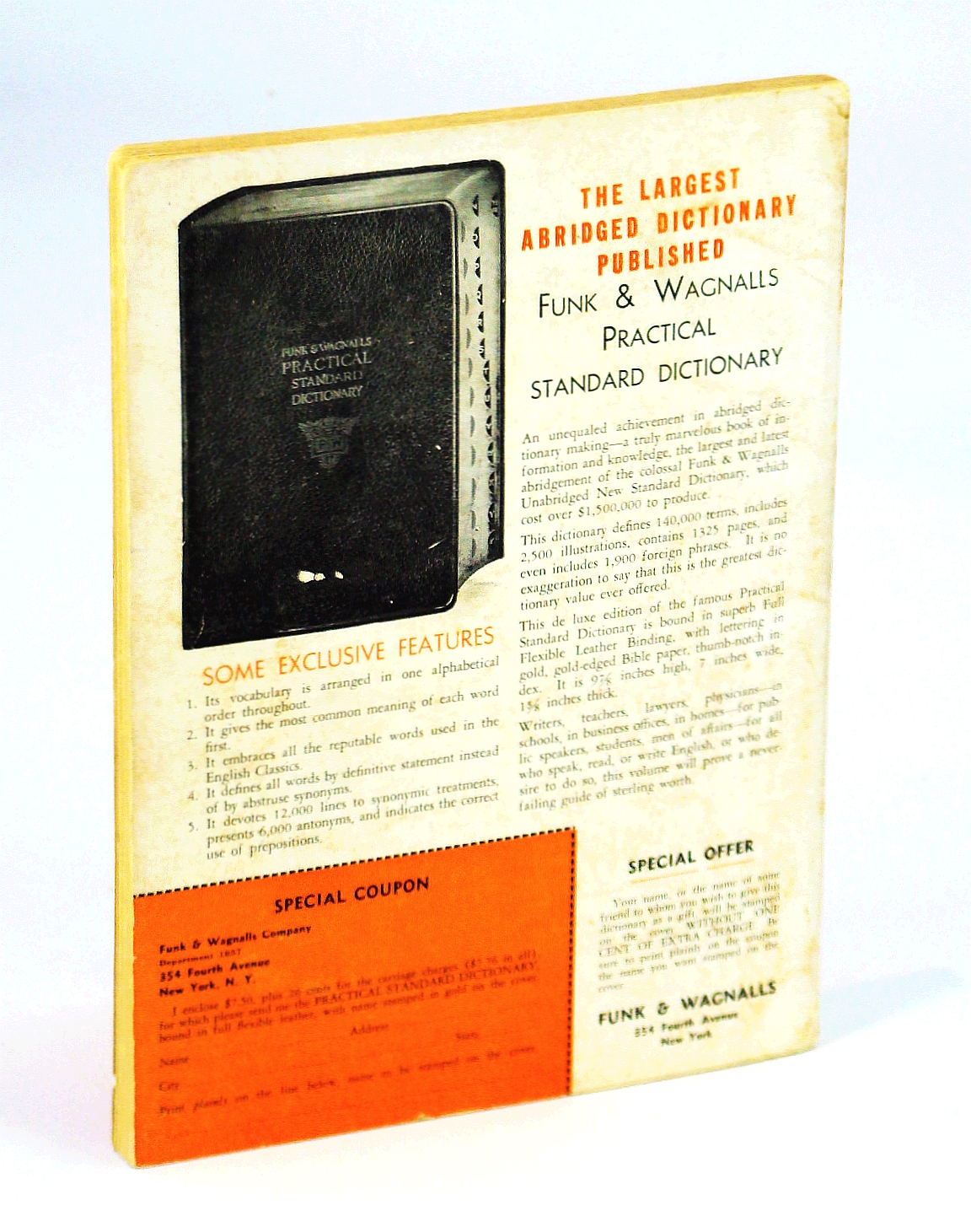 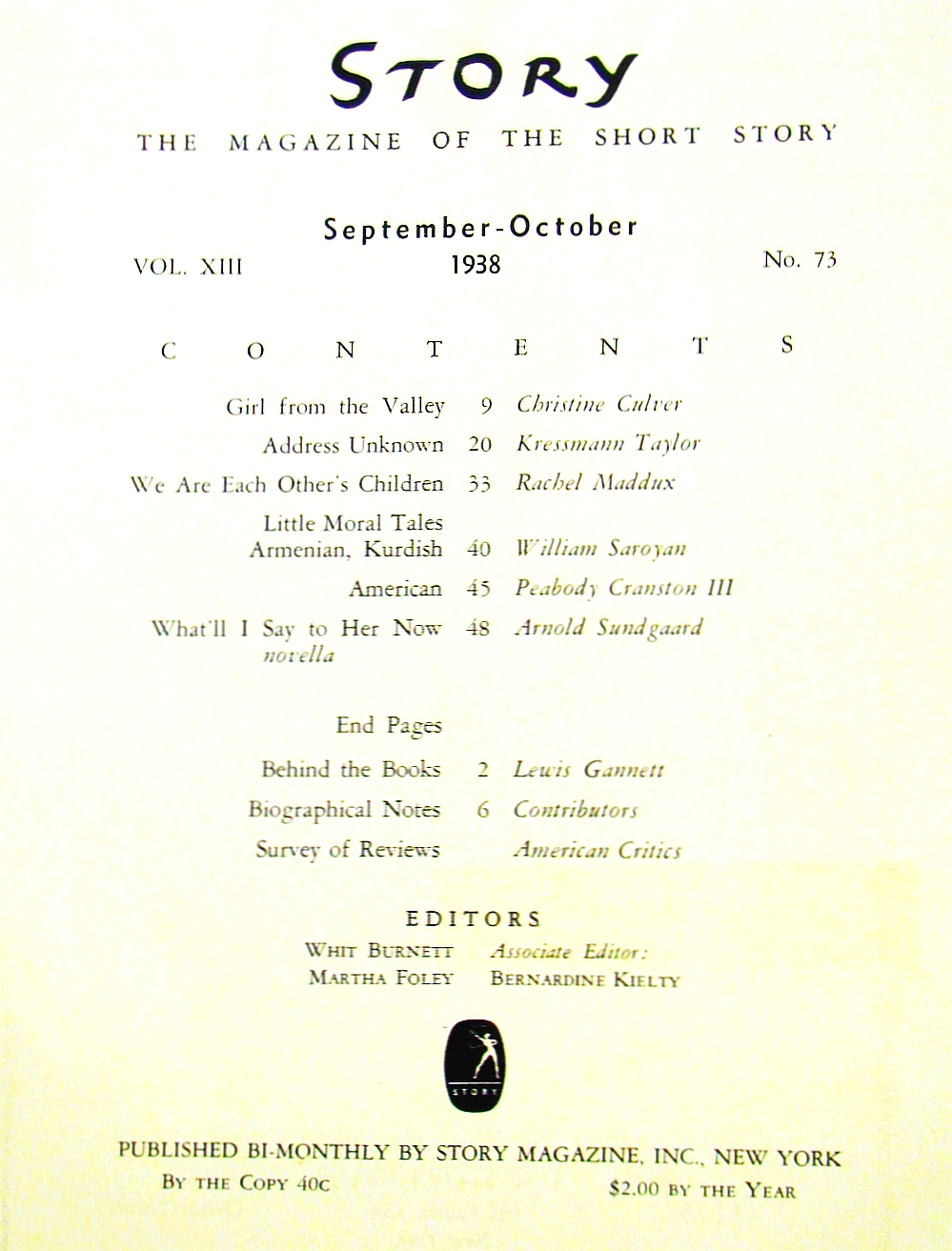 First appearance of this prescient series of fictional letters, spanning sixteen months between 1932 and 1934, between a Jewish art dealer in San Francisco and his gentile business partner who has returned to Germany in the formative years of the Nazi regime. Simon & Schuster published the first book edition in 1939 and a film noir version followed in 1944. Subsequent stage play performances have continued globally until recent years. The magnum opus of Kathrine Kressmann Taylor [1903-1996], she was assigned the nom de plume Kressman Taylor by her husband and Story's editor Whit Burnett who, per an online reference, felt the concept of murder by mail was too strong to appear under the name of a woman. Occupies pages 20-32 of this 104 page magazine which is clean and unmarked with respectful wear. Front cover beginning to loosen and must be handled gently. Two-inch openings at head and foot of front cover at spine. A quality copy of this stunning literary achievement. 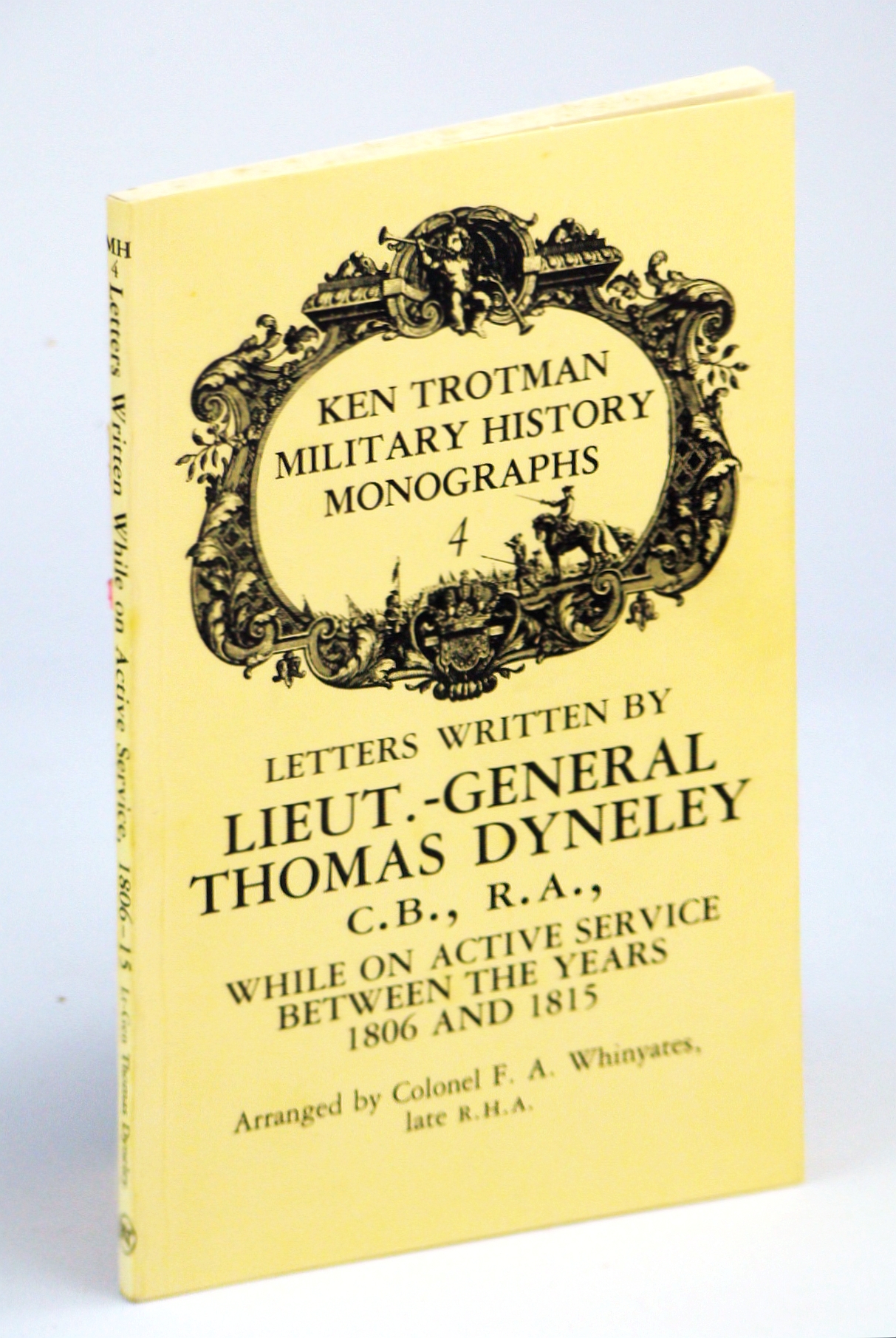 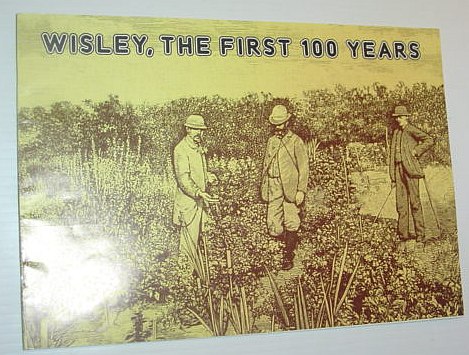 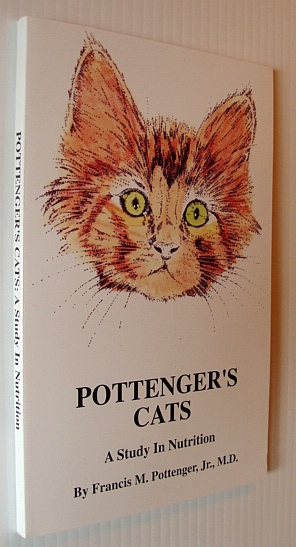 Pottenger's Cats: A Study in Nutrition