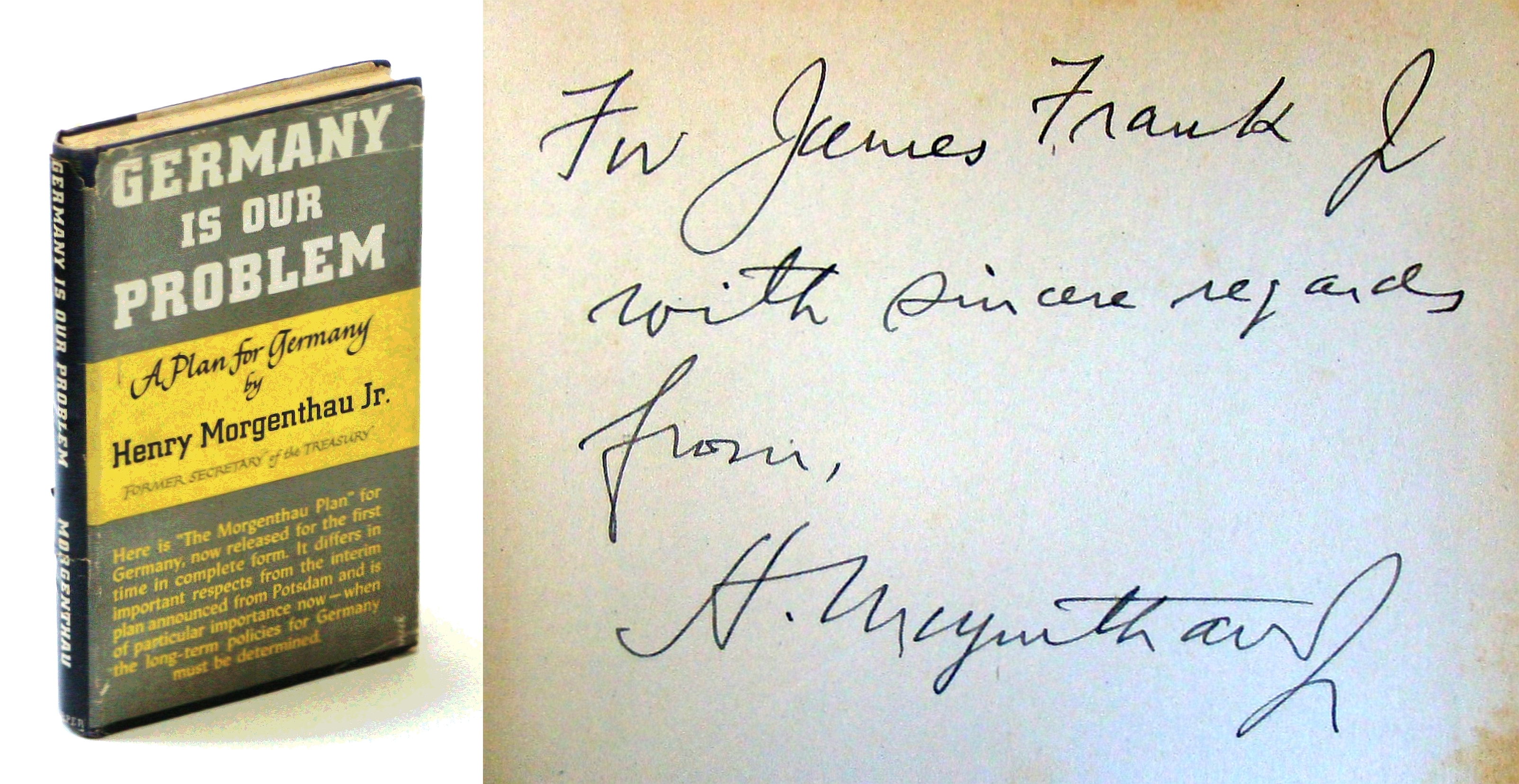 B0006AQNBO Signed and inscribed by FDR's Secretary of the Treasury, Henry Morgenthau Jr. [1891-1967], to his first cousin once removed, James Frank Jr. The infamous Morgenthau Plan charted a course for Germany post WWII intended to revert it to a pastoral state. Senator Henrick Shipstead denounced it as "America's eternal monument of shame, for the destruction of the German people." - Congressional Record, Senate, May 15, 1946, p.5039. "The punishment policy deeply betrayed the will of the American people against indiscriminate vengeance, which had been demonstrated in the nationwide condemnation of the Morgenthau Plan." - James Bacque, Other Losses, p.158. "The Morgenthau Plan would wipe out everything in Germany except land, and the Germans would have to live on the land. Thus only 60 percent of the population could support themselves and the other 40 percent would die." - The Memoirs of Cordell Hull, p.1617. When word of the plan leaked to Goebbels he exploited it to stiffen German resistance, thus extending the war - and bringing considerable criticism upon Morgenthau. Unmarked with moderate wear to navy blue cloth. Binding sound. Above-average wear to dust jacket now preserved in archival-grade Brodart. An important and controversial piece of WWII political history.

Title: Germany Is Our Problem 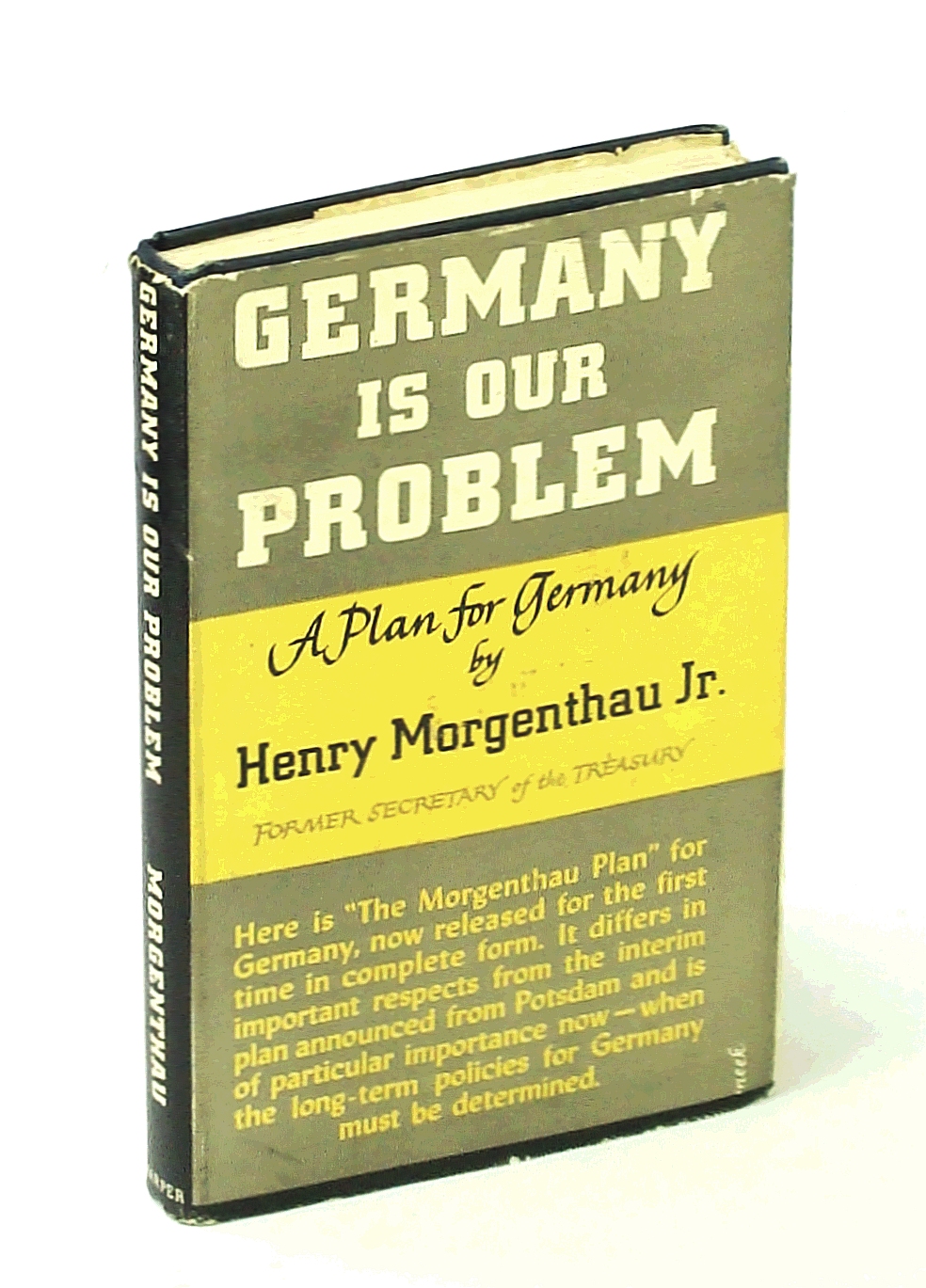 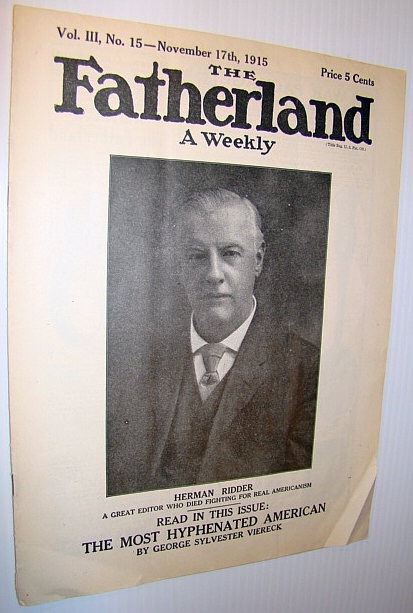 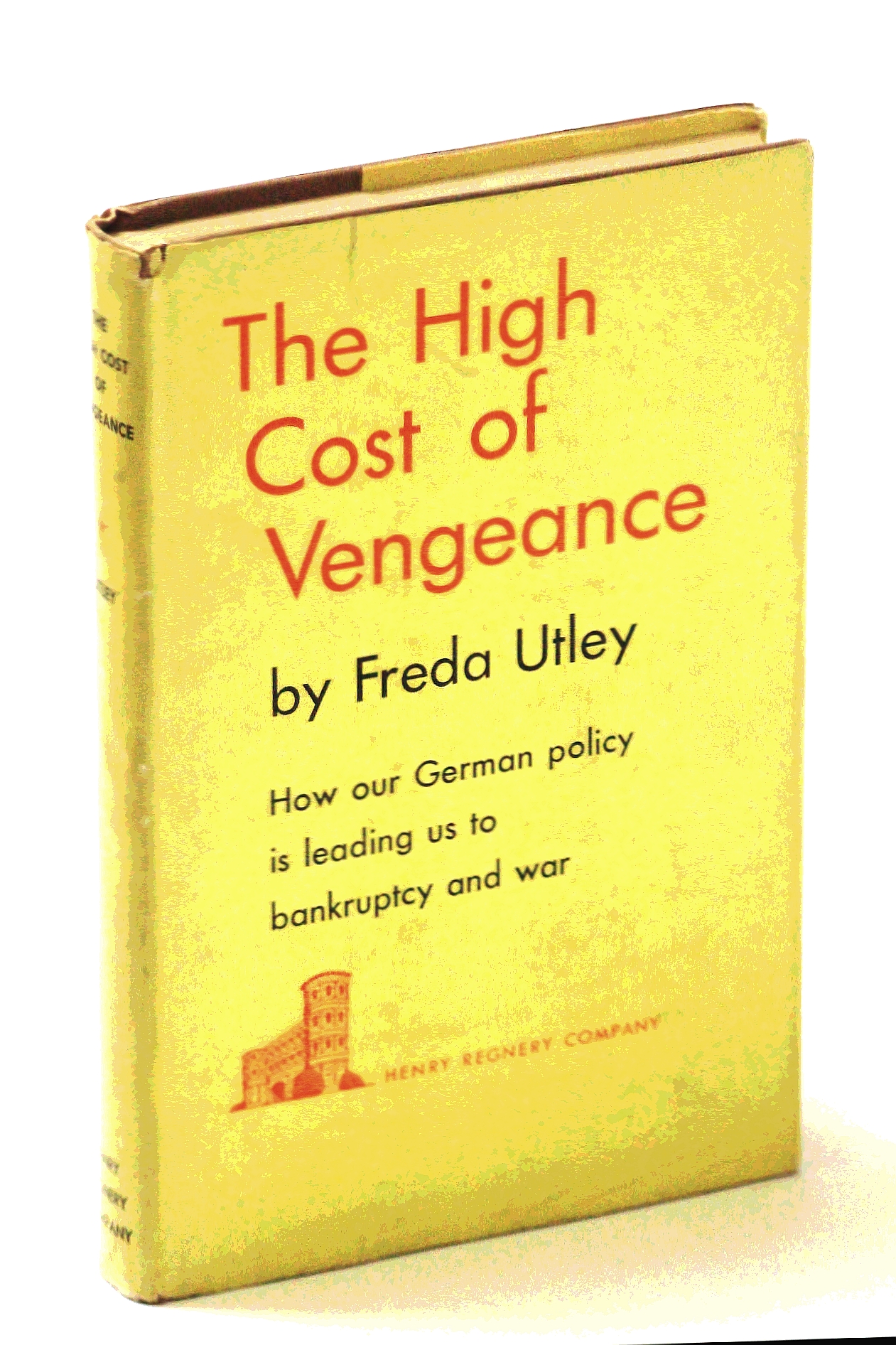 The high cost of vengeance 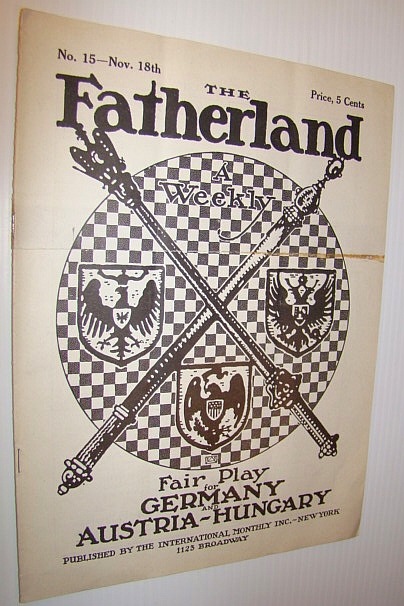 The Fatherland - Fair Play for Germany and Austria-Hungary, November 18th, 1914