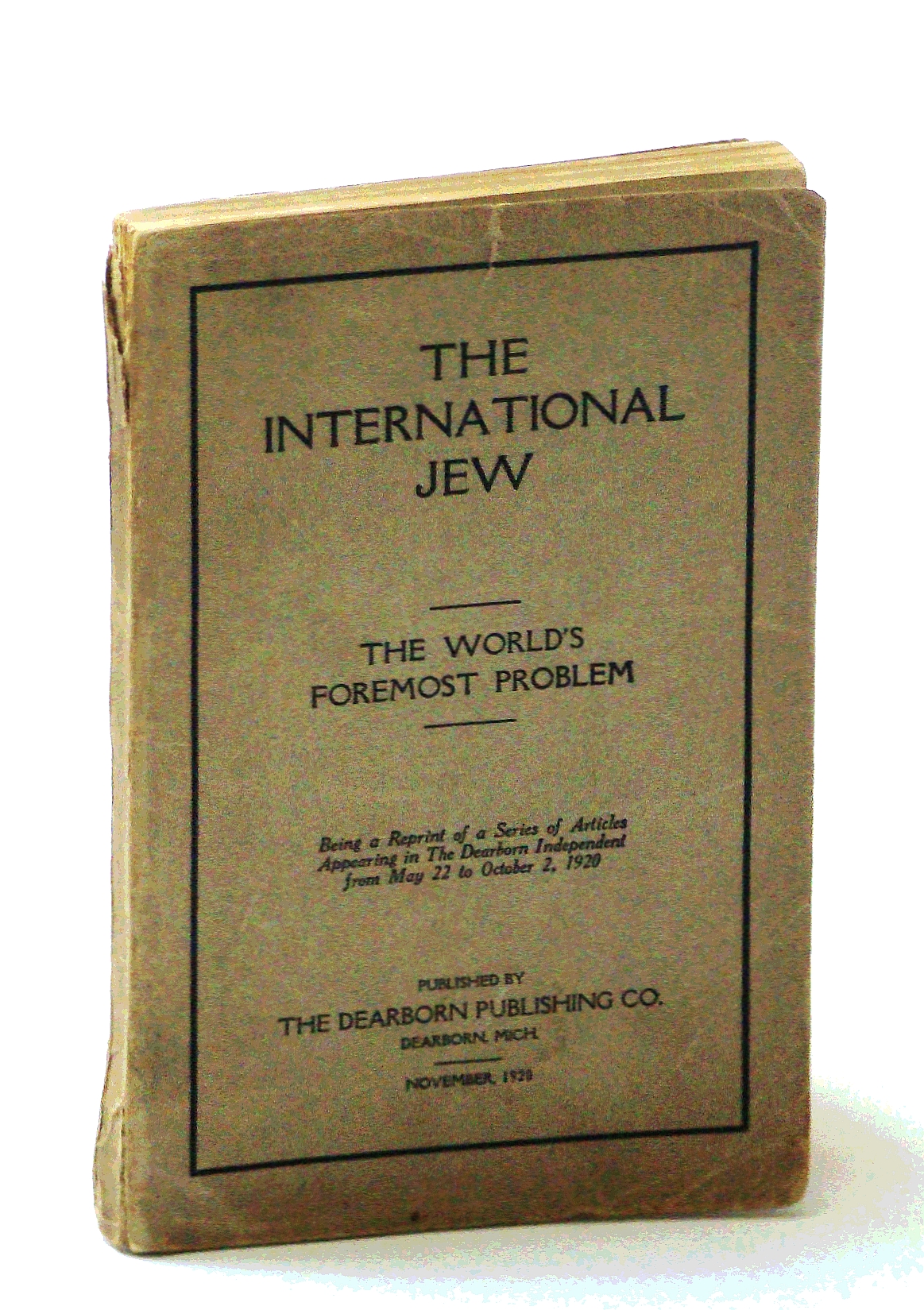 By: The Dearborn Independent

235 pages. "Being a reprint of the first twenty articles in a series now appearing in The Dearborn Independent." - subtitle. These articles appeared from May 22 to October 2, 1920. "Why discuss the Jewish Question? Because it is here, and because its emergence into American thought should contribute to its solution, and not to a continuance of those bad conditions which surround the Question in other countries." - Preface. Includes article titles such as: The Jew in Character and Business, Anti-Semitism - Will it Appear in the U.S.?, Jewish Question Breaks into the Magazines, Does a Definite Jewish World Program Exist?, An Introduction to the "Jewish Protocols", "Jewish" Estimate of gentile Human Nature, Does Jewish Power Control the World Press?, Jewish Testimony in Favor of Bolshevism, etc. Unmarked with above-average external wear. Openings at each end of backstrip which lacks a one-inch piece at top. Binding brittle but intact. A worthy vintage copy. SINGERMAN 103 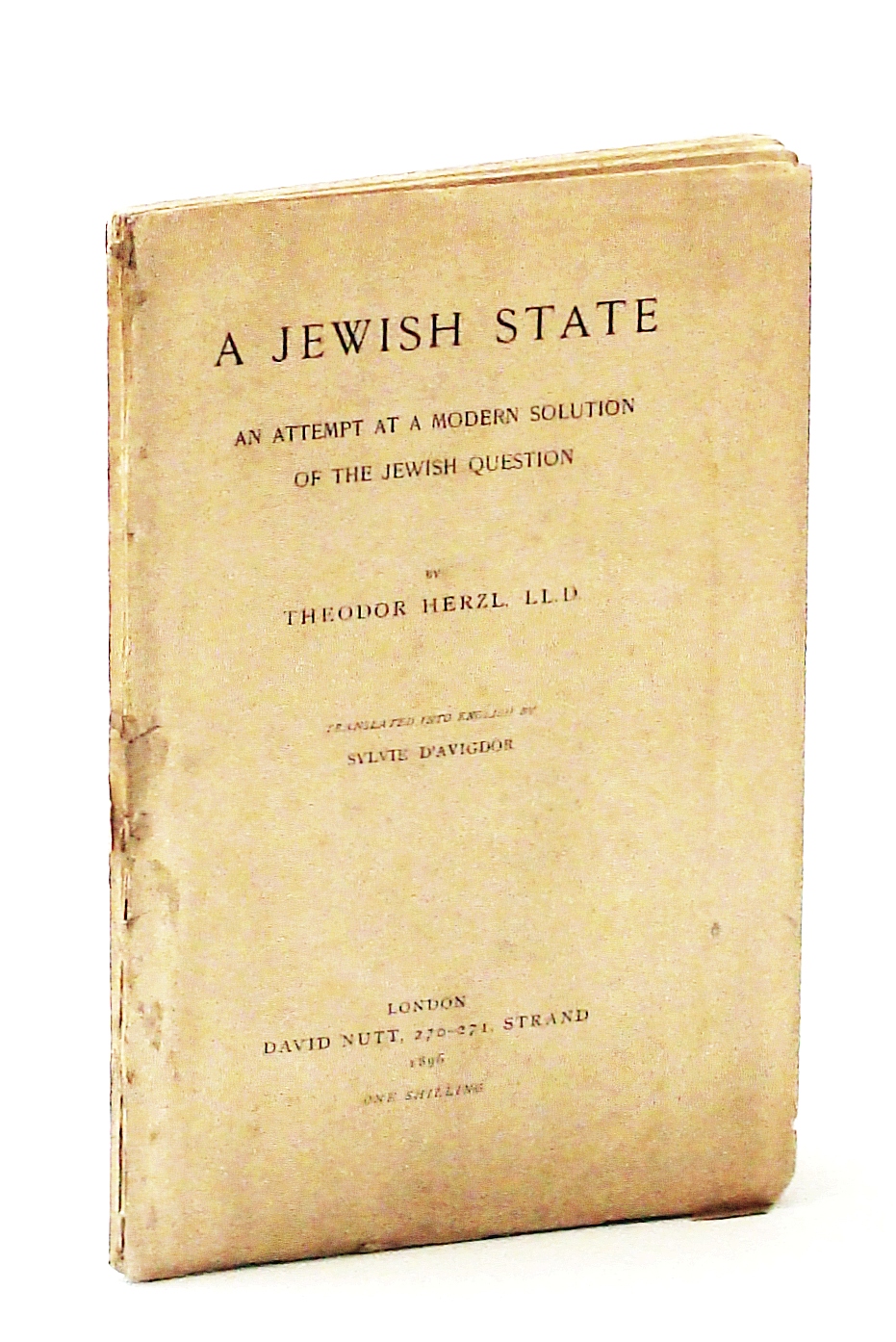 A Jewish State: An Attempt at a Modern Solution of the Jewish Question 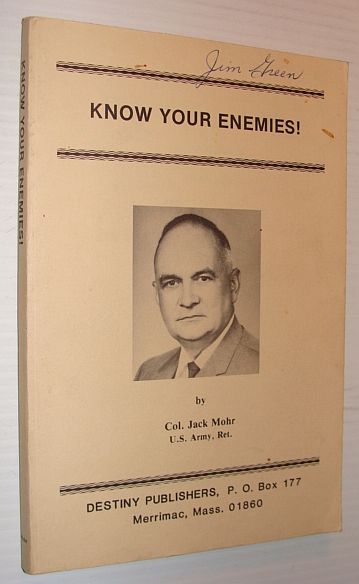 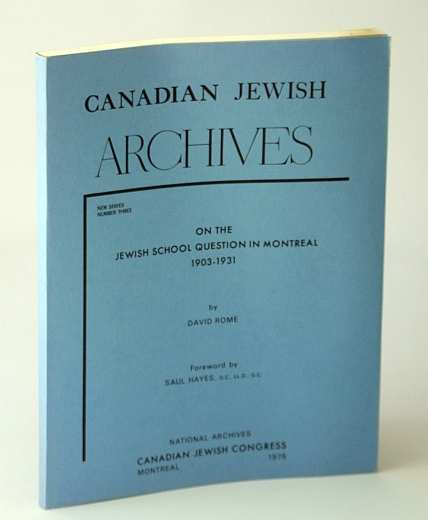 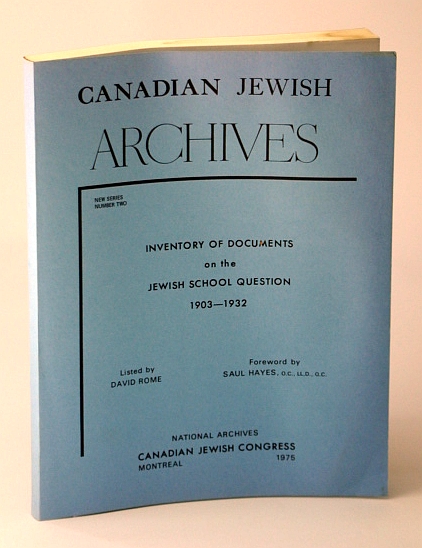