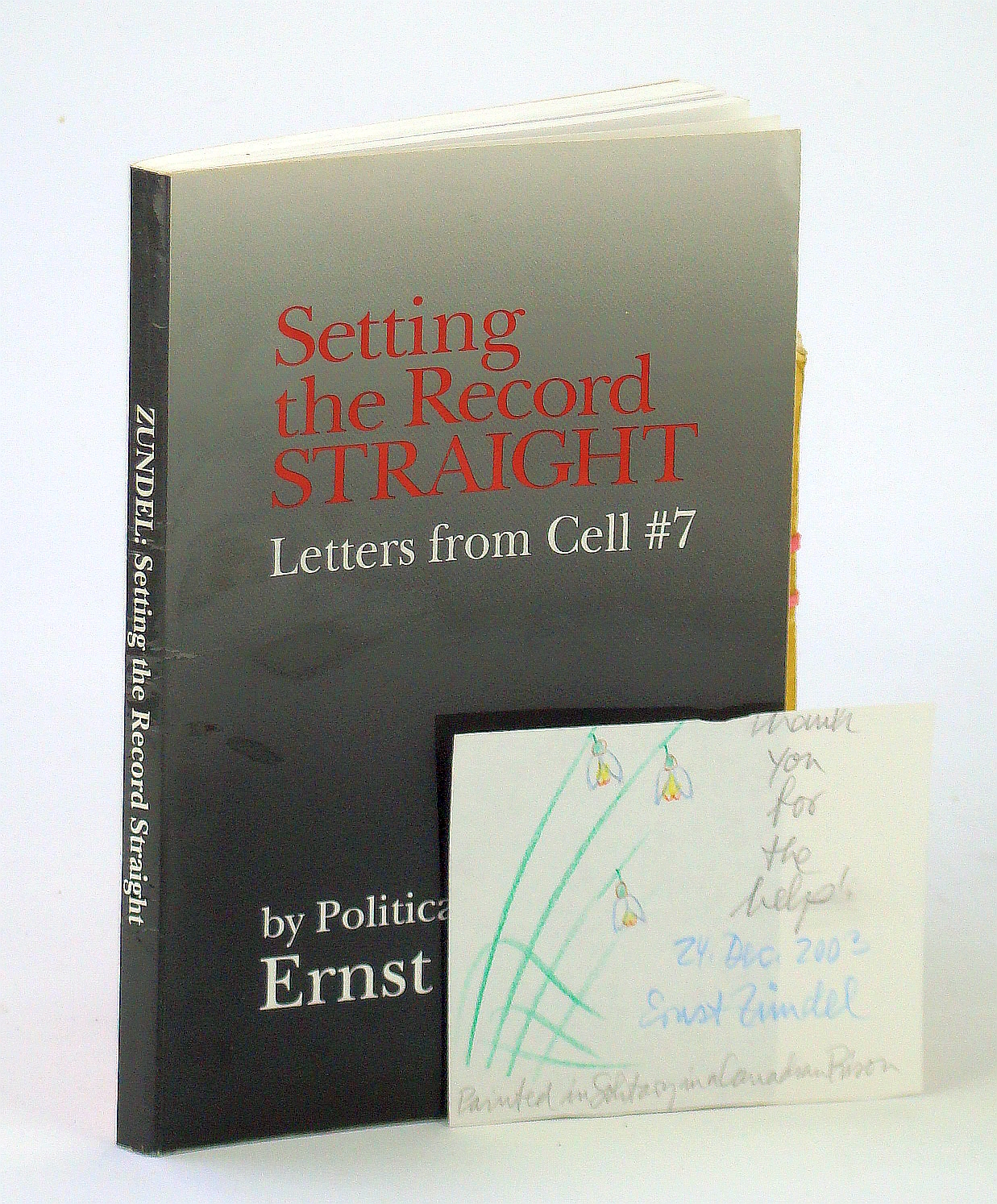 B000ETLQ7I Prominent revisionist historian Ernst Zundel [1939-2017] was deported from the United States to Canada in 2003 after he was alleged to have missed an immigration interview. In Canada he was placed into solitary confinement at the Toronto West Detention Centre where he would remain until his deportation to Germany in 2005. In prison Zundel maintained a steady stream of written correspondence with his supporters around the world. In 2004 his American wife, Ingrid Rimland Zundel [1936-2017], requested recipients of his letters to forward them to her for compilation into this 182 page book. Zundel's prison living conditions were harsh and his writing utensils were limited to stubby pencils which prison officials would only infrequently allow to be sharpened or replaced. Despite this, Zundel, formerly a commercial artist, produced diminutive works of art to include in his letters to thank his supporters. Included with this book is one such artistic sample, a simple 4" x 3.5" pencil crayon illustration of three snowdrop flowers, signed and dated by Zundel on 24 Dec. 2003. Beneath the illustration Zundel wrote "Painted in Solitary in a Canadian Prison". "The law under which I am held is very complex and only recently passed by the Canadian Parliament after 9/11. It allows a Canadian judge of the Federal Court to hear secret witnesses and secret evidence. Neither my attorney nor I will be told the names of these witnesses." - back cover. This copy was carefully studied and extensively marked up by its prior owner and shows above-average wear. Ironically, the law used to imprison Zundel was unanimously ruled unconstitutional by Canada's Supreme Court in 2007. 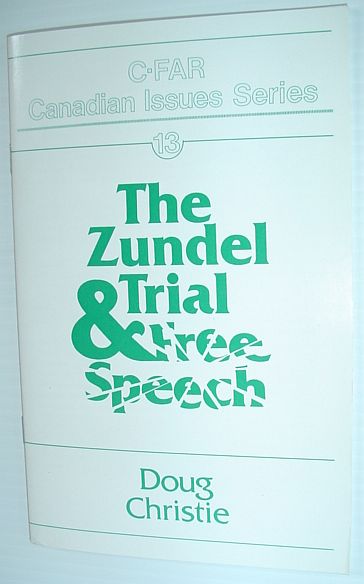 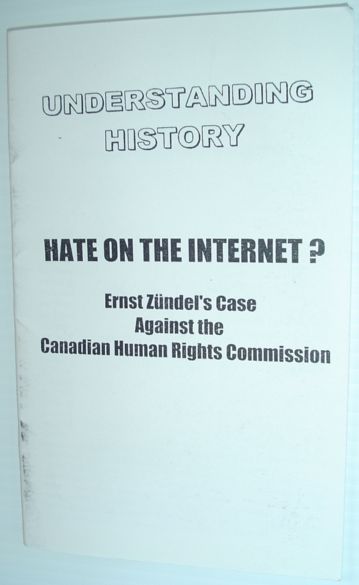 Hate on the Internet? - Ernst Zundel's Case Against the Canadian Human Rights Commission 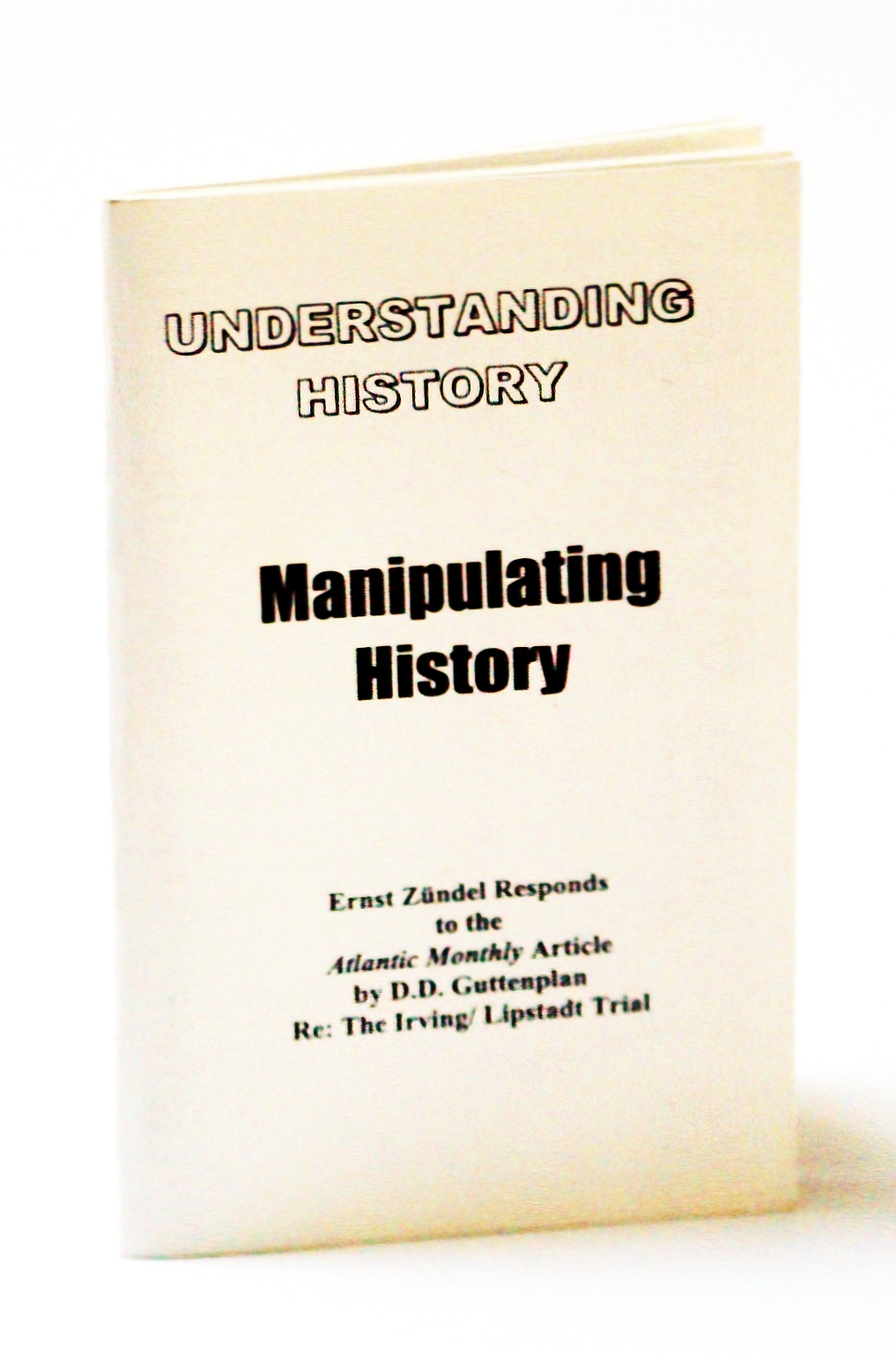 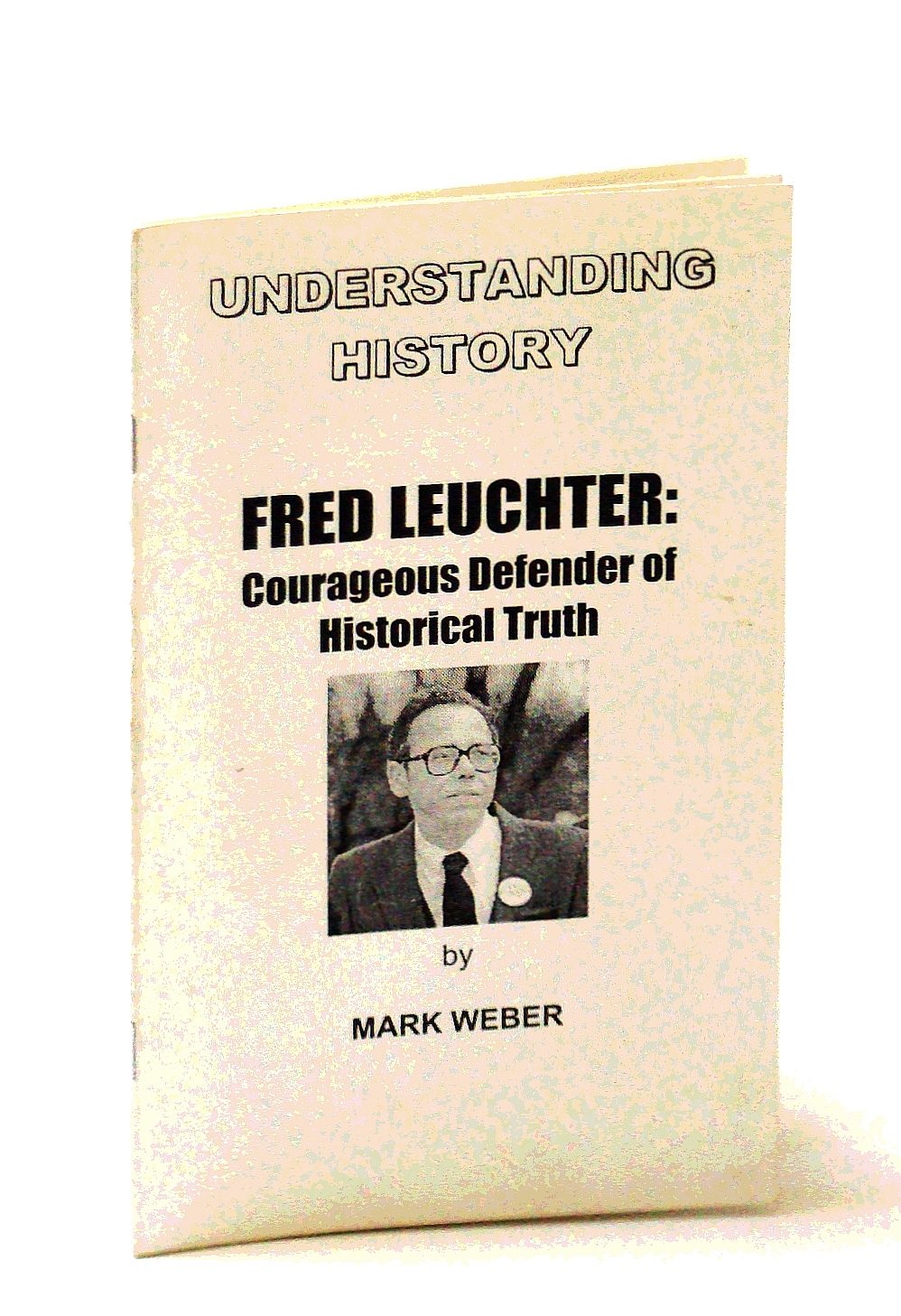