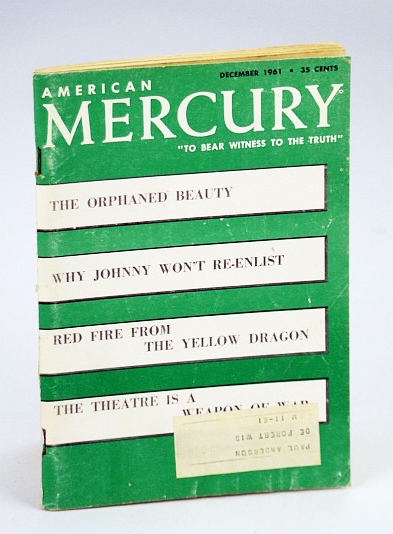 American Mercury Magazine, "To Bear Witness To The Truth", December (Dec.) 1961, Volume XCIII No. 454 - The Theatre Is A Weapon of War / Why Johnny Won't Re-Enlist

128 pages. Features: Does it Really Matter What is True?; The Orphaned Beauty - strange story behind the song Silent Night; Why Johnny Won't Re-Enlist - communist strategy includes lowering the morale of U.S. fighting men; Red Fire From the Yellow Dragon - a new world power must be reckoned with since China's Dr. Tsien fled from the U.S.; Everybody Knows That; Floating Ghost Ship - The "Baychimo" used to call on Hudson Bay Company trading posts from her home port of Vancouver, B.C.; The Stomach - Turning Point - who is tampering with the soul of America?; Escape from Torture - how John Langdon outwitted Chief Walking Buffalo; The Theatre is a Weapon of War - Melville Burke tells the story of Red infiltration of the stage and screen; Secession Day - how the South missed a big chance to win the Civil War; Restored to Favor - the "Rehabilitation" of Dr. J. Robert Oppenheimer, whose security clearance was revoked by the Atomic Energy Commission in 1954; It's Your Money That's Being Squandered - Keynesian liberal theorists are more powerful than ever in Washington; "Save Me From the Trading Stamps" - premiums given by merchants cost more than customers realize; Our Political Health; Conspiracy in Foreign Affairs - a brillian expose of the influences at work in shaping U.S. foreign policy, by J.M. Shea; 47 Billion $ for Defense - a frank appraisal of our national defense theories; Setback at the U.N. after the death of Dag Hammarskjold; Christmas-card Winter; Volume 93 Index (July - December 1961); and more. Moderate wear. A sound vintage copy.

Title: American Mercury Magazine, "To Bear Witness To The Truth", December (Dec.) 1961, Volume XCIII No. 454 - The Theatre Is A Weapon of War / Why Johnny Won't Re-Enlist 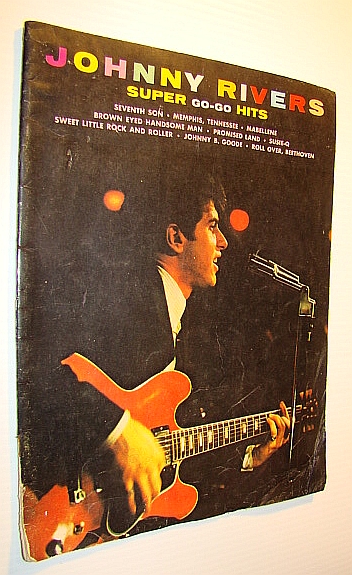 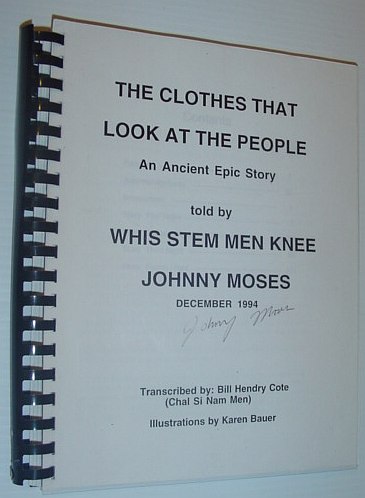 The Clothes That Look at the People - An Ancient Epic Story *SIGNED BY STORYTELLER, JOHNNY MOSES* 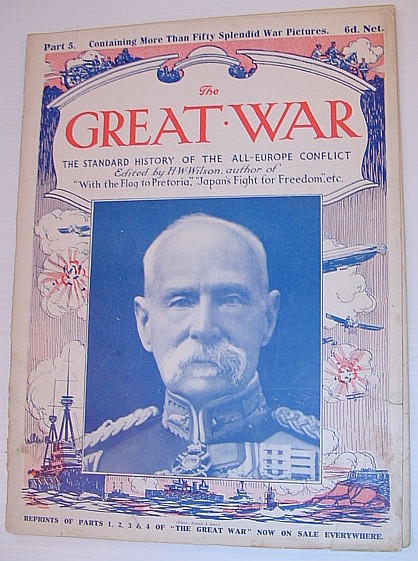 The Great War Magazine - Part 5: The Standard History of the All-Europe Conflict (World War 1/One) 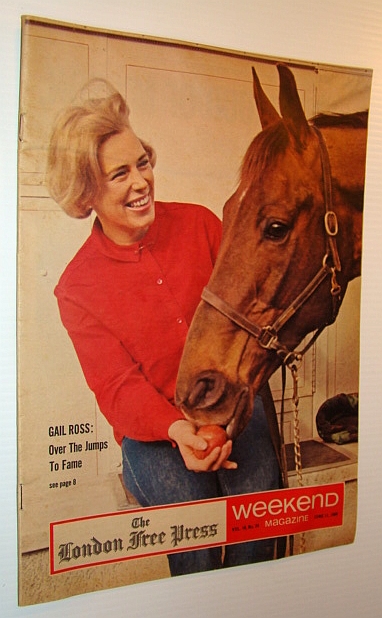 American Mercury Magazine, "To Bear Witness To The Truth", December (Dec.) 1961, Volume XCIII No. 454 - The Theatre Is A Weapon of War / Why Johnny Won't Re-Enlist