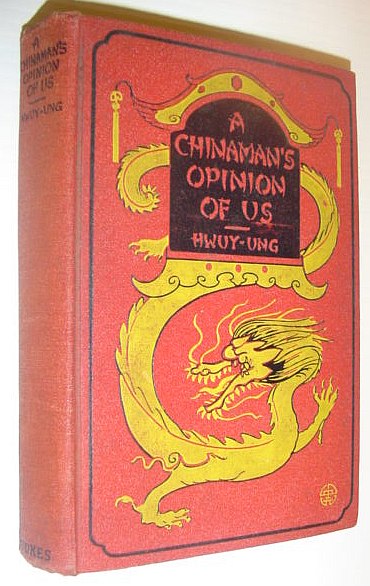 322 pages. "The following letters were written by Hwuy-ung, one of the class of literati and a social reformer, to his (and my) friend Tseng between the years 1899 and 1912. They came into my possession through Tseng-Ching, a scholar, who urged me (and helped me) to translate them into English, so that the reforms suggested by his enlightened countryman might meet with due recognition and support from abroad. It was also his intention to have the Chinese version published and distributed among his countrymen, in order (under God's gracious will) that their eyes might be opened to their shortcomings and the race strengthened and rejuvenated." - from Introduction. Red front board attractively decorated in yellow and black. Card pocket inside back board. Library bookplate inside front board. No other markings. Minor lean to spine. Average wear and soiling. Binding intact. A sound copy of this interesting work.

Title: A Chinaman's Opinion of Us and of His Own People (as Expressed in Letters from Australia to His Friend in China)

Keywords: Hwuy-Ung; Makepeace, J.A. (Translator) A Chinaman's Opinion of Us and of His Own People (as Expressed in Letters from Australia to His Friend in China) Race, 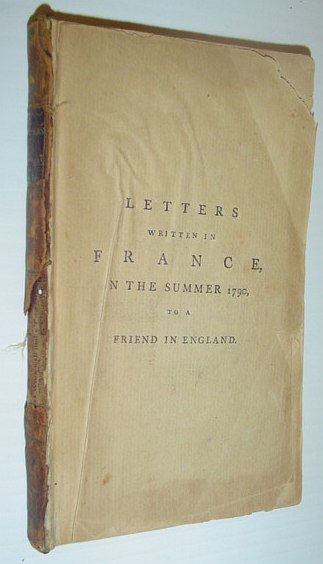 Letters Written in the Summer of 1790 to a Friend in England: Containing Various Anecdotes Relative to the French Revolution; and Memoirs of Mons. And Madame Du F___ 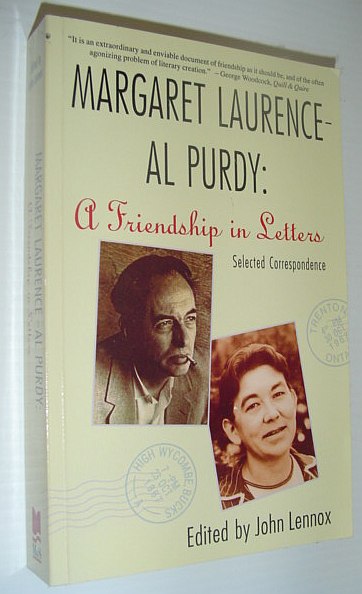 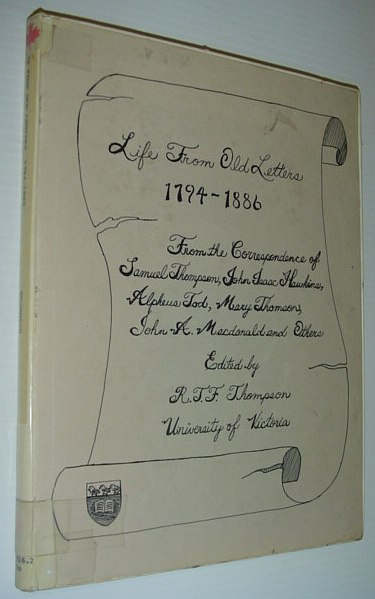 Life from Old Letters 1794-1886: Glimpses Into the Past (Canada, Britain and the United States, a Review of 500 Letters and Documents)